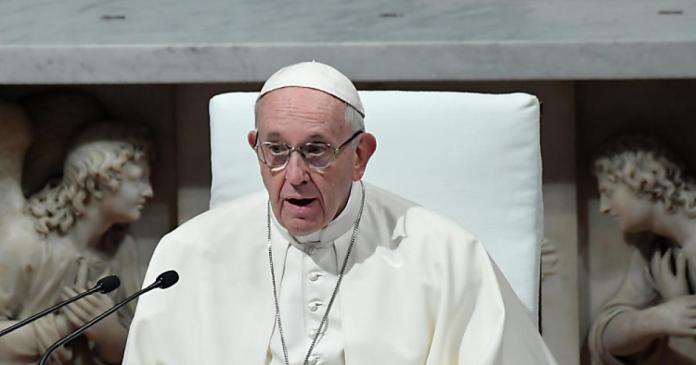 Pope Francis visited Auschwitz survivor Edith Bruck in Rome on Saturday afternoon.  The  Hungarian-Italian writer recently shared her memories in an interview with the Vatican newspaper L’Osservatore Romano. Pope Francis, who had read the article, wanted to get to know her – and without further ado made his way to her Roman apartment, as “VaticanNews” reported according to Kathpress.

Born into a Jewish family with many children in Hungary, Bruck was deported to Auschwitz concentration camp as an adolescent in 1944, later came to Dachau and was liberated from Bergen-Belsen concentration camp in 1945. In 1954 she went to Italy, where she later received citizenship. In her writings she often deals with her childhood and the Holocaust. Her works have been awarded several prizes.

Received in the apartment

The  Pope was impressed by the L’Osservatore interview, it said, in which the writer reports on the horrors she and her families had to go through during the Nazi persecution. In the interview, however, Bruck also reported on human encounters that saved her life.

Pope Francis asked to get to know the Holocaust survivors; and if possible not in the formal premises of the Vatican. – A wish that the elderly lady was happy to comply with and so she received the Pope in her apartment.

District of Melk – fasting in the time of renunciation

Measures against Covid – five reasons why the Federal Council has...