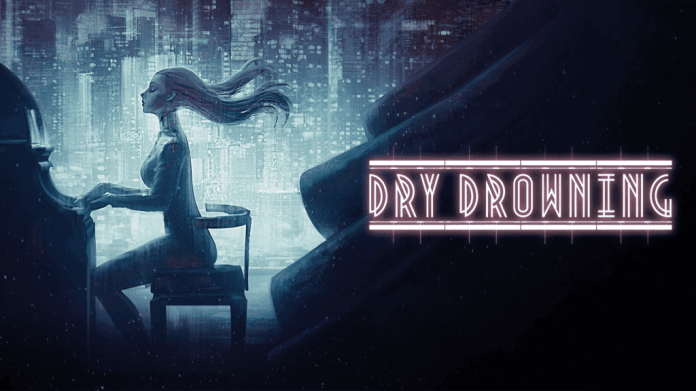 VLG Publishing (a label under the umbrella of award-winning video game publisher Leonardo Interactive) and developer Studio V have announced that the psychological investigative thriller Dry Drowning is coming to Nintendo Switch on February 22nd. At the same time, the PC version also receives a German translation through an update.

Dry Drowning is a visual novel that casts a ruthless glimpse into the near future in which people in positions of power abuse their influence.  The  game immerses the player in the dystopian future world of Mordred Foley, a plagued private detective on the mission to unmask a serial killer. In addition to its own dark past, Foley’s world is marked by tyranny and the hunger for power of the social top, which is driving society to ruin.

Dry Drowning is coming to Nintendo Switch on February 22nd and is already available for PC via Steam, GOG, Utomik and itch.io. A free demo including the first two hours of play is also available for PC.

More information about dry drowning can be found on the official website.

Talents of VfB Stuttgart: The new young wild ones – Timo...

Joe Biden at the Munich Security Conference: “The USA is back!”

“Tumults” in front of the Nigerian embassy

Buy PS5 from Medimax: Not available, but there are still consoles...

Doctors doubt the end of the lockdown on January 31

Annual balance of press freedom: more than 130 journalists imprisoned for...