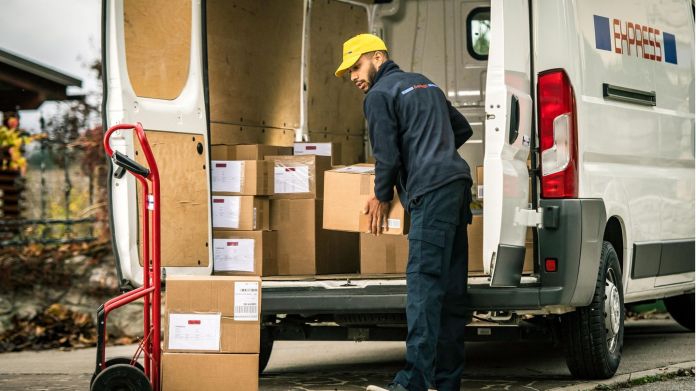 The  “incriminated goods” that are supposed to be intercepted by the postmen include drugs and weapons as well as explosives and doping agents.
© Getty Images

The  German Bundestag has passed a law that allows postmen to open packages that appear suspicious to them in future. This is intended to detect more programs with prohibited content.

Law enforcement agencies are being given new tools to combat illegal trafficking in weapons and drugs, for example.

The  Bundestag passed a draft law on Friday, according to which employees of postal service providers are obliged to open suspicious mailings – this can be the case if the mailing smells strange or is otherwise conspicuous – and then to submit it to the law enforcement authorities.

The  prerequisite are therefore “sufficient actual indications” for a corresponding program content, as the “Business Insider” portal writes. In the past, drug discoveries were particularly frequent with undeliverable parcels, which is why special attention is paid to these.

Postmen are supposed to intercept weapons and drugs

The  “incriminated goods” that are supposed to be intercepted in this way include drugs and weapons as well as explosives and doping agents. According to the new law, companies can be fined if their employees violate the duty to inform the law enforcement authorities.

The  law goes back to an initiative of the Federal Council.

The  problem time of puberty: How should you react when your own children drink and smoke weed?

The  drug commissioner of the federal government, Daniela Ludwig (CSU), welcomed the new regulation. “Internet drug trafficking is thriving in these times, and continues to pose immense challenges to law enforcement and justice,” she said. “Today’s amendment to the Postal Service Act is an important step in the fight against drug-related crime.”

Drug packages are “not for the mailbox at home”, but a case for the police. “If we manage to intercept even a package with this law before it arrives at the recipient, then the effort will be worth it,” said Ludwig.

Book a vacation 2021: The most important tips for planning a...

Halo Infinite: Xbox boss on benefits of postponement – failure for...

When will I get the injection against Corona?

Several bishops give up resistance to curfew In “heute-show”, Welke shows an old video in which Drosten prophesies...

Hofreiter is skeptical about the construction of single-family homes