The  best young biathletes in the world will fight for medals in the Tyrolean Gailtal from February 27th to March 6th. Biggest ÖSV hopes are Anna Gandler and Lea Rothschopf.

The  preparatory work for the IBU YJWC (Youth & Junior World Championships Biathlon) is currently in full swing in Obertilliach.

The  trails are groomed and the shooting range in the cross-country and biathlon center is in perfect condition.

The  Tyrolean Gailtal is currently presenting itself to the many athletes and supervisors who have already arrived in the best snow and weather conditions.

Last weekend, the last two races for the youth and junior athletes took place in Windischgarsten.

The  squad for the home World Cup, where four ÖSV athletes start each competition, will be fixed today. All international junior competitions were canceled this Corona year. That is why Friedrich Pinter, group coach of the juniors, recently competed with his teams on a three-week IBU tour and also the European Championships in Duszniki Zdroj (Poland). This is exactly where a hopeful ÖSV athlete pointed out: Anna Gandler, daughter of the cross-country Olympic medalist Markus Gandler, achieved a strong twelfth place in the individual among the world’s elite.

The  individual competition is also your opening race next Sunday in Obertilliach.

Two ÖSV athletes in the display

The  20-year-old Anna Gandler from Kitzbühel is also the athlete who has already won medals at the Youth Olympic Games and World Youth Championships. “From the complex performance with shooting and running, Anna is certainly the best in the squad. 19-year-old Lea Rothschopf from Kuchl from Salzburg is one of the best cross-country skiers, but she still has to improve in her shooting. I trust both of them to be in the top ten, ”said Pinter.

Over 400 young athletes will fight for medals from February 27th in Obertilliach. Many are already training in the best snow and weather conditions in the Tyrolean Gailtal.

According to Friedrich Pinter, the juniors are currently missing a figurehead of the format of Felix Leitner or Dominik Landertinger.

The  international comparisons are missing this year, but the strong shooter Dominic Unterweger from Tyrol and the Hochfilzener Thomas Postl are among the strongest Austrians. “It is difficult to make a forecast. If our athletes can call up their training performance, top ten places are possible. In the battle for medals, I think Germany is particularly strong, followed by Norway and Russia, ”continues Pinter.

The  ÖSV definitely wants to take advantage of the home advantage in Obertilliach, “our second living room next to Hochfilzen”. From December onwards, there were five weeks of training in East Tyrol, and the preparations for the home World Cup went very well. “We know the area and the shooting range like the back of our hand – we couldn’t have prepared better,” says Pinter. 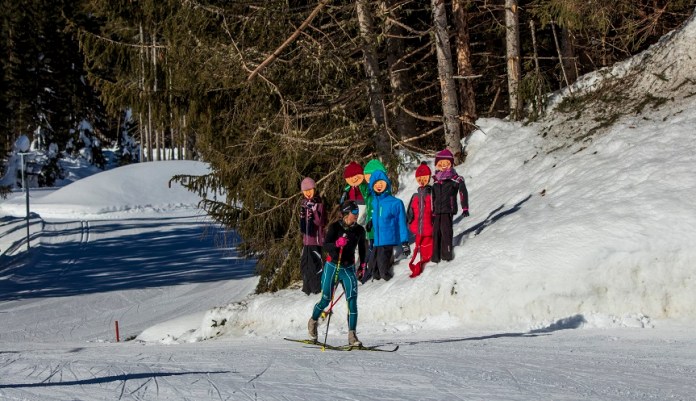 Spectators are not admitted to the World Cup this time. Children from the Obertilliach primary school made fans out of wood and set them up along the route.

Schoolchildren made “spectators” out of wood

Due to the Corona crisis, spectators are not allowed to attend the IBU JJWM either. “We would have expected a lot of spectators. Unfortunately, the crisis thwarted our plans. But our elementary school students have proven to be very creative, ”says Matthias Scherer, Mayor of Obertilliach and managing director of the cross-country and biathlon center.

The  children of the Obertilliach elementary school made almost real spectators out of wood. “It was a great event and the children loved it. Around 40 wood fans are brought into the picture in front of the TV cameras. And the children’s parents were there too, many of whom contributed old ski clothing, ”says Andreas Mitterdorfer, director of VS Obertilliach, happily.

US stations about extradition to Germany

BFV cancels second round of play for the juniors – the...