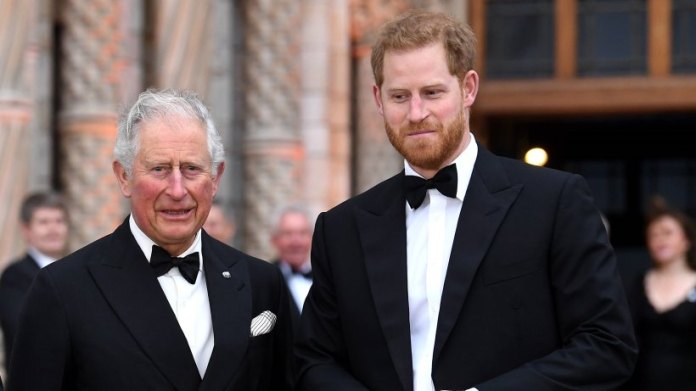 Prince Charles: If he’s king, Harry won’t get away

Prince Harry doesn’t really want to have much to do with royal life anymore. But if Prinz Charles Will be king, Prince Harry won’t get away so easily. At least that is what a royals expert now wants to know.

What is in store for him then?

Prince Charles: If he’s king, Harry won’t get away

Prince Harry and Meghan Markle decided with the “Megxit” to resign from the royal family and become financially independent. You want to lead a “normal life”. Still, they keep their courtesy titles and Prince Harry even remains in line to the throne.

When his father Prinz Charles, takes over the throne from Queen Elizabeth II and thus becomes king, then Prince Harry will also move up one place.

The  British Express reports on it.

This is Prince Charles:

According to Royal Commentator Victoria Murphy, “

The  reality is that no matter how much ties they break financially or otherwise, the story of Harry and Meghan will continue to be told through the lens of the royal family.” To be family ”, as Queen Elizabeth II put it.

This means that Prince Harry, who is currently in sixth place in the line of succession, will move up one place after Prince Charles has become king. His older brother, Prince William and his children George, Charlotte and Louis stand in front of him.

Even so, Prince Harry and Meghan Markle are now exempt from royal customs and requirements.

The y are free to decide whether and to what extent they share personal messages and matters with the public. Murphy explains, “

The  Sussexes can now be in control of what they spend their time with and who has critical access to them.”

More news about the royals:

This applies, for example, to the current second pregnancy of the Duchess of Sussex.

The  couple announced this on Valentine’s Day. It also published a photo that shows the two under a tree.

Meghan Markle is lying on her back, her baby bump is clearly visible. Meanwhile, some royal commentators believe that baby number 2 will be born in early summer, as the “Express” writes. (nk)

This is the cause of the Bond girl’s death

Weather in Germany: is there a winter of extremes? Expert...

What influence does vitamin D have on the coronavirus?

Motorcycling in Germany You should know these traffic rules