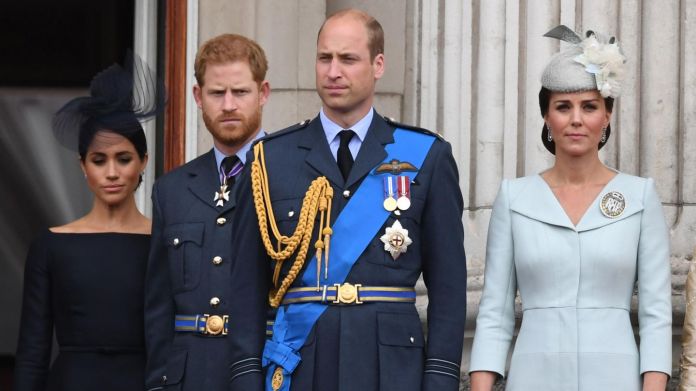 Megxit
“Insulting and disrespectful”: Prince William is said to be angry about Harry and Meghan’s behavior

In terms of timing and tone, Prince Harry and Duchess Meghan could have managed their exit from royal life more skillfully. According to a British media report, Prince William in particular reacted angrily.

Much has been written in recent years about the broken relationship between Prince Harry and Prince William. Now Harry and Meghan have announced that they will not return to royal life.

The  Queen then took away all of their honorary posts and patronage, whereupon the dropouts replied, “Serve is universal”, so they can continue to do good without being tied to the royal family.

An answer that the couple’s critics in particular saw as snotty and disrespectful. Prince William is also said to have been angry, as the British “Sunday Times” reports. Friends of the prince reported to the newspaper that he was “really sad and genuinely shocked.”

The  magazine had already spoken to sources from Williams’ environment in the past and is considered a reputable source when it comes to royal matters.

In particular, Megan’s and Harry’s answer and the statement that “serve is universal” he found “insulting and disrespectful”. Queen Elizabeth II was also upset. “Don’t be disrespectful to your grandma, Harry,” says the insider, explaining a basic royal rule: “You don’t answer the Queen back – it’s just not proper.”

That William and Harry have different opinions became clear even before the Sussexes left. In a TV interview in autumn 2019, Harry stated that he and his brother were on different paths, but that that didn’t change the fact that they are brothers and are close.

“After getting over the anger over how things happened, he was confronted with the absence of his brother,” said a confidante of the Sunday Times. “

The y had shared everything in their life – an office, a foundation, meeting together most days – and they had a lot of fun. He will miss that forever.”

Now that Harry is no longer at his side, William feels enormous pressure as the second heir to the throne.

Nicholas can come, but without a home visit – Coronavirus –

Rolls-Royce in Dahlewitz: aircraft turbines from the holodeck – Berlin