Offspring for the British royals: Eugenie von York and Jack Brooksbank have become parents for the first time. And there is already a photo.

Around two years after their wedding, Princess Eugenie and her husband Jack Brooksbank shared the good news in September that they were expecting their first child. Now the baby is here, as the palace announced in an official announcement. Accordingly, the 30-year-old gave birth to a boy on February 9 at 8.55 a.m. UK time in Portland Hospital.

Mother and child are doing well, Papa Jack was present at the birth, they say.  The  princess’s official Instagram account has even published a first photo of the new parents holding their baby’s hand.

The  couple has not yet revealed any more details.

The  name is traditionally never revealed to the British royals immediately after birth. So the fans have to wait a little longer for that.

Princess Eugenie is the second daughter of Prince Andrew and Sarah Ferguson.

The  30-year-old ranks tenth on the British line of succession. She has been in a relationship with Jack Brooksbank since 2010. On October 12, 2018, the two tied the knot in St. George’s Chapel at Windsor Castle.

Confectioners find ways out of the crisis 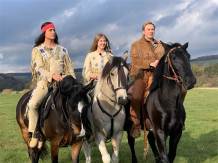 Gottschalk and Klaws in the Westerwald: That happened exactly during a... 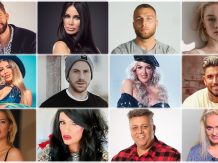 RTL “Jungle Show”: These 12 candidates are there – stars