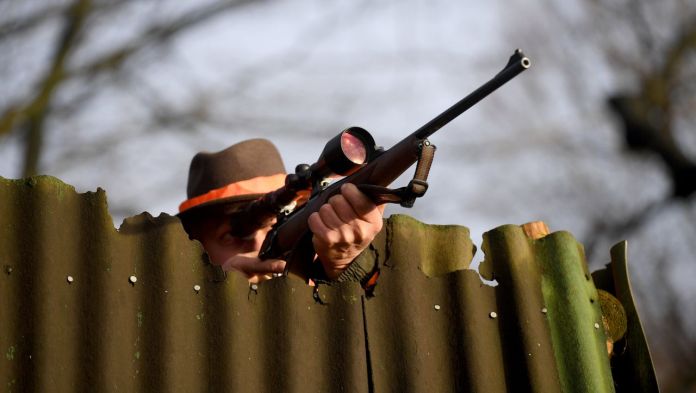 In a Germany-wide comparison, Berlin has the fewest registered firearms owned by private owners. This was the result of extensive research by journalism students from Leipzig University and the podcast radio detector.fm. For a four-part series on firearms in Germany, they asked 541 weapons authorities because the National Weapons Register did not publish the numbers.
The  authorities recorded 14 pistols and rifles per 1000 inhabitants in Berlin at the end of 2019. This puts the capital in last place of all cities and districts.

Overall, more than 5.3 million firearms are registered in Germany, it said. However, the official statistics are partly contradictory. According to the information, a large number of registered weapons belong to hunters and members of shooting clubs.

More weapons in the country than in the city

To buy a gun, you usually need a gun ownership card, which is mainly issued to hunters and shooters. However, they are not yet allowed to carry the weapon in public. A gun license is required for this – and it is very rarely issued.

Danger of slipperiness in Berlin and Brandenburg

Hospitals in Dortmund are looking for donors Corona hope: miracle drug instead of vaccination syringe? Will a...