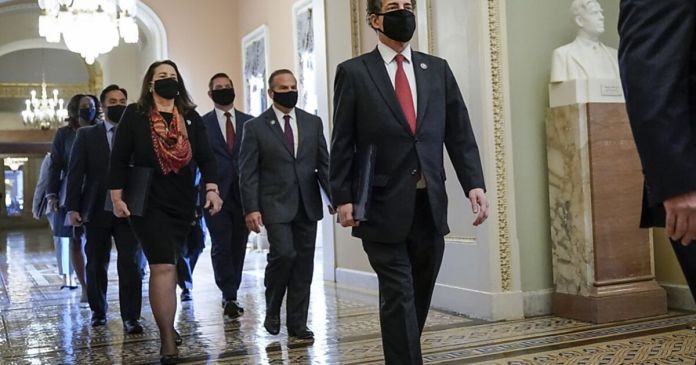 The  Democrats therefore accuse him of “inciting a riot” and have initiated impeachment proceedings in the House of Representatives. This procedure is managed and decided in the Senate.

The  Congress Chamber takes on the role of a court.

The  US House of Representatives prosecutors began presenting their arguments on the matter on Wednesday.

The y presented tons of material to support their allegations. A large part were public statements by Trump himself: tweets, interviews, video messages, campaign appearances and that rally on January 6th.

The  prosecutors also recorded the attack on the Capitol to the minute with haunted video recordings: with shaky videos from the ranks of the rioters who overran the security barricades, penetrated the Capitol with brute force, attacked security guards, and devastated offices and meeting rooms. With police radio recordings in which officials desperately called for reinforcements. With recordings from body cameras of police officers who were beaten down. With recordings from security cameras from inside the congress building, which showed how the mob spread in the Capitol and how MPs, senators and employees got to safety.

The  prosecutors repeatedly pointed out how close the rioters got to MPs and Senators in Congress – including then Vice President Mike Pence. For example, video footage showed Senator Mitt Romney turning back just in time after a police officer warned him and fleeing the intruders.

Prosecutor Stacey Plaskett MP said the mob had been hunting down individual politicians, including Pence and the Democratic leader of the House of Representatives, Nancy Pelosi. Plaskett stressed that if the attackers found Pelosi, they would have killed her.

Members of the prosecution team also recounted their personal experiences of that day. MP Madeleine Dean told how she and other MPs were stuck in the House of Representatives plenary when rioters pounded on the door of the boardroom. “I will never forget that sound,” she said through tears. “This attack would never have happened without Donald Trump.”

Prosecutors accused Trump of starting to instill suspicion and incite his base long before the November presidential election.

The y explained how Trump built up the argument over months that he could only lose the election under one condition: if it came to large-scale fraud. After the election, Trump started a campaign against his defeat, which finally culminated in the outbreak of violence at the Capitol.

The  lead prosecutor, Jamie Raskin, said Trump targeted his supporters to the protests, encouraging violence in advance, and “frenzied” the crowd on the day of the attack.

The  then president followed the riot with enthusiasm. “He watched it on TV like a reality show.” Another prosecutor, MP Joaquin Castro, said Trump simply “left everyone in the Capitol to die”.

With the impeachment process, the Democrats want to hold Trump accountable even after his departure from the White House and at the same time ensure that he is banned from future offices at the federal level.

The  prerequisite would be that the Republican is convicted in the impeachment process.

The  necessary two-thirds majority in the Senate is currently not foreseeable.

After the presentation by the prosecutors, Trump’s defense lawyers are expected to have their turn from Friday. It is expected that the procedure could be completed in a few days: at the earliest on the weekend or at the beginning of the coming week.

Trump’s lawyers reject the accusations and call the case against the ex-president unconstitutional.

Trump had not recognized Biden’s clear victory in the presidential election on November 3. To date, he has not presented any evidence of manipulation. His camp failed with dozens of lawsuits. Trump has still not admitted his defeat.

Russia and Europe: A vaccine as a political toadstool

Coronavirus – 16 positive cases in the Ybbstal 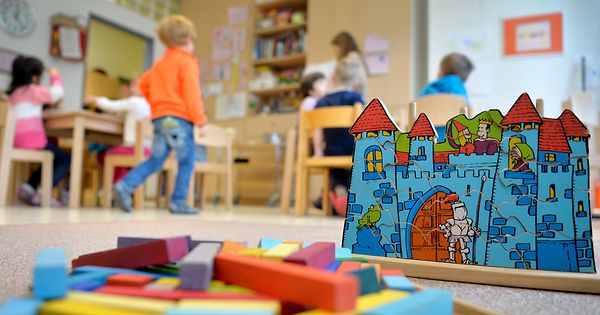