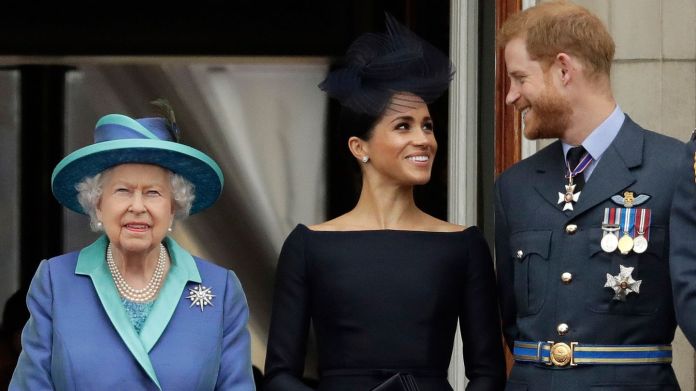 This appearance is eagerly awaited: On March 7, Queen Elizabeth II will give a televised address – just hours before the Oprah Winfrey interview of her grandson Harry and his wife Meghan.

Just hours before a highly anticipated interview with her grandson Prince Harry and his wife Meghan is broadcast, Britain’s Queen Elizabeth II will give a televised address on Commonwealth Day. Westminster Abbey said the address would be broadcast on March 7 in a special broadcast on BBC One. It replaces the service that normally takes place in the cathedral on Commonwealth Day, which has to be canceled this year due to the corona pandemic. In addition to the Queen, other royals such as Prince Charles and his wife Camilla and Prince William with his wife Catherine should also have their say in the program.

Harry and Meghan have announced an “intimate” interview with US star presenter Oprah Winfrey for the same day, which, according to the British media, has already been recorded. It is expected that the two will explain their withdrawal from all royal obligations in it from their own perspective.

The  conversation will be broadcast in the US at prime time on CBS.

Prince Harry and former US actress Meghan Markle married in May 2018, and their son Archie was born a year later. At the end of March last year, the couple surprisingly withdrew from the front row of the British royal family and declared that they no longer wanted to attend any official appointments on behalf of the Queen.

Harry and Meghan break with the royal family

Last week the royal family announced that a year after the move referred to by the British media as “Megxit”, they are now losing their last royal honorary titles and positions.

The  small family now lives mainly in Meghan’s US home, California – in a villa in the coastal city of Santa Barbara. On Valentine’s Day, the couple announced that they were expecting a second child.

Handball World Cup in the ticker: Switzerland vs. Algeria

RAF shows up in the gym despite lockdowns – People

Germany plays, the rest of the world saves