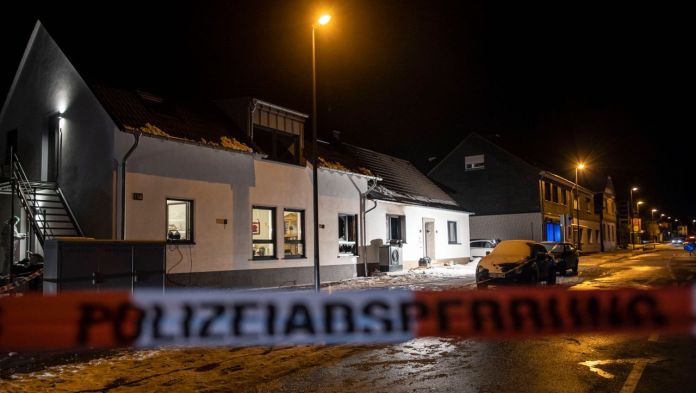 After the fire in a residential building in Radevormwald near Wuppertal and the discovery of five bodies in the building, the police and the public prosecutor are investigating.  The  Cologne police set up a homicide squad. In the course of Saturday there will probably be more information, said a police spokesman in Cologne at the request of the German Press Agency (dpa). Nothing has been reported about the dead and the cause of the fire.

The  identification service had started work on Friday evening. According to a dpa photographer, forensic agents and fire investigators were on site.

The  scene of the accident was cordoned off over a large area.

The  fire brigade extinguished the fire and moved away after a two-hour fire-fighting operation, said a fire brigade spokesman.

The  scene of the fire had been handed over to the police.

At 5 p.m., an emergency call was received that a house was on fire. During the extinguishing work, the emergency services came across the five bodies. At around 7.30 p.m., the fire brigade had withdrawn.

The re was “nothing left to do”.

The  dpa photographer said that the windows of the house were broken, but no strong traces of fire could be seen. A police spokesman said the house was accessible.

The  white, elongated residential building with a ground floor and a partially converted attic is located on a main road on the edge of Radevormwald in the Herbeck district. It is said to have been inhabited by a family.

Prince William: Misunderstanding! He was thought to be an intruder

After a fall: US ski team updates Ford’s health

Meat consumption in Germany will drop significantly in 2020