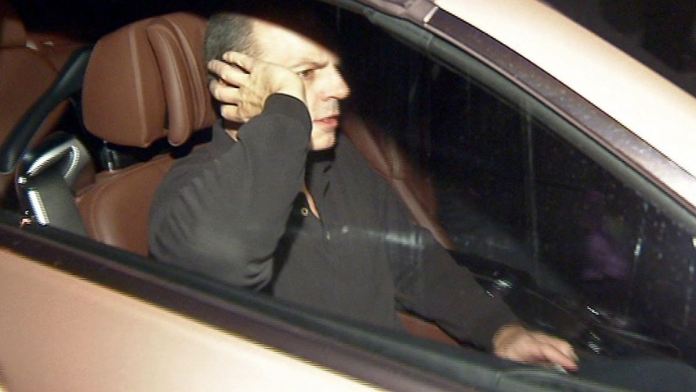 Armed with machine guns, several perpetrators attacked three money transporters in Cologne and Frankfurt between the beginning of 2018 and the end of 2019. In the morning, the police in the Netherlands can catch a robber. It is said to be the Reemtsma kidnapper Drach.

The  police in the Netherlands have executed an arrest warrant against a 60-year-old German who is said to have been involved in three robberies on money transporters in Cologne and Frankfurt am Main. According to ntv information, it is Reemtsma kidnapper Thomas Drach.

The  public prosecutor in Cologne reports that he has been accused of gross robbery in three cases and of a violation of the War Weapons Control Act, without mentioning Drach’s name. It is not known in which Dutch city the 60-year-old from the Rhineland was arrested that morning.

Drach was released nine years ago and has since gone into hiding. In 1996 he kidnapped the Hamburg millionaire Jan Philipp Reemtsma and extorted millions with it. After fleeing for two years, he was arrested and sent to prison.

The  robberies were carried out in March 2018 in Cologne-Godorf in front of an Ikea market, in March 2019 at Cologne / Bonn Airport and in November 2019 in Frankfurt am Main. In the attack at the airport in Cologne / Bonn, the 60-year-old used a machine gun, the investigators explain. In this attack and in the act in Frankfurt, two money messengers were seriously injured by gunfire.

In all three cases, the perpetrators stole cars before the attacks in the Netherlands and fled with false license plates, the public prosecutor said.

The  cars were set on fire not far from the crime scene and the escape was continued with a second vehicle waiting. After the robbery at Cologne / Bonn Airport, an AK47 assault rifle was seized in the burned-out getaway vehicle.

When evaluating the video recordings of the robbery at Cologne / Bonn Airport, the investigators were able to identify a getaway vehicle with which the perpetrators fled to the Netherlands. This vehicle could be secured.

Assumptions that members of the former Red Army Faction (RAF) may have been involved in the acts have not been confirmed in the investigation, according to the report.

The  extradition of the man to Germany has already been requested.

Corona News: easing on public holidays on the brink – politics

RB Leipzig until the end of the year without Henrichs: “Will...

Before the big lockdown: Germany is back at the beginning –...

Lindner on secret lockdown plans – “This is a disregard for...

Financial overview of the Bundesliga: Red Bull Salzburg with a profit