The  series lasts! Rapid celebrated their fifth win in a row on Tuesday with a 1-0 win over Wolfsberg and is first for at least one night.

36 points after 16 Bundesliga games – the Hütteldorfer were last so good in the 1995/96 season. What followed after that is still very well remembered by the Green-Whites: Coach Ernst Dokupil led Rapid to the championship title.

So can the goal only be the long-awaited “Mission 33”? Coach Didi Kühbauer held the ball flat after the success against the Lavanttaler. “We’re not talking about title dreams,” said the 49-year-old on “Sky”. Postscript: “But things are going very well at the moment.”

The  green and white coach was not completely satisfied with the game of his team. His team had hardly convinced in a weak game against tired-looking Wolfsberger. “It was an important win, we deserved to win, but it wasn’t a big blow,” said the 49-year-old soberly.

What Kühbauer did not like: “I missed the freshness of my team. We have proven that we are compact, but with the ball it was too static for me, so we often had too few pass points.

The re were no fireworks from either team.” , analyzed Kühbauer.

Nevertheless, the Rapid coach saw it as positive that the Hütteldorfer could win the game. “

The re are also games like this, we’ve had less recently, but they happen,” said Kühbauer. But it is precisely these games that you have to win if you want to become a master …

Sophia Thiel is back after almost two years – a mysterious...

Coronavirus in Germany and the world: British government adviser warns of...

Biggest protests since the coup in Myanmar – military junta 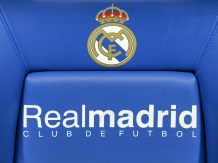