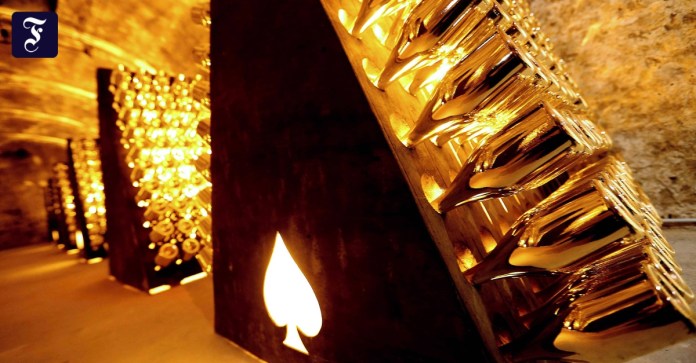 Moet-Hennessy buys 50 percent of the Armand de Brignac champagne brand from rap artist and entrepreneur Shawn Jay-Z Carter, which is successful under the cult name “Ace of Spades”. Jay-Z has managed to open up new customer groups for high-priced champagne through creative communication, says the CEO of Moet Hennessy, Philippe Schaus.  The  artist advertised the champagne, the brand of which he has owned for almost seven years, in music videos, and his wife Beyoncé promoted the noble drink in an album.

Half a million bottles were sold in fiscal 2019, most of them in the United States. With its global sales network, Moet Hennessy could help sell the champagne known under the cult name “Ace of Spades” around the world, said Schaus. Negotiations about participation began in 2019 and had a quick result, said Jay-Z.

The  French entrepreneur Bernard Arnault, who was a friend of his, and head of the luxury company LVMH, to which Moet Hennessy also belongs, had threaded them.

The  parties did not provide any information on the financial scope of the transaction.

With the participation of the great power in the market for fine drinks, the career of the traditional champagne Armand de Brignac takes a remarkable new turn.

The  prehistory includes the fact that up to 2006 a champagne with the cult name Cristal was very popular among rappers and their following fans. Jay-Z now reported that black teenagers would typically have celebrated with Cristal champagne from the French manufacturer Louis Roederer when they turned 21. Jay-Z said in an interview with CNBC that they would have doused that they would have survived by then.

In 2006, however, Louis Roederer boss Frederic Rouzaud gave the “Economist” an interview that ended Cristal’s cult status in one fell swoop.

The  manager said he was watching his champagne’s popularity in the rapper scene with curiosity and serenity. He was asked if he feared the connection with rappers could damage the brand.

His fateful answer: “That is a very good question. But we can’t forbid people to buy it. Dom Perignon and Krug would be happy to do the deal. ”Jay-Z issued an official statement that he would never drink Cristal again. He will also no longer serve the champagne in his clubs. He judged the statement of the French champagne board to be racist, condescending and disrespectful to hip-hop culture.

From then on, Jay Z helped the largely unknown champagne brand Armand de Brignac on its way. He not only placed the golden bottles in his music videos – but for a financial donation. He also sold them in his 40/40 clubs. To support Barack Obama’s re-election, he donated 350 of the bottles to one of his clubs in New York.

The y go on sale for around $ 300 and are refined by a family of winemakers who have been in business since 1763.

In 2014 Jay-Z was able to acquire the brand itself.

The  then owner Sovereign Brands commented that the musician had made an offer they couldn’t refuse: $ 200 million was the purchase price. Jay-Z has extensive business interests: He has a clothing line, restaurants and a music production company, among other things. He doesn’t always want to be independent, says the rapper. But if he doesn’t get a suitable offer, then he’ll do it himself.

Shiffrin and Gisin set the tone on Semmering – Alpine skiing

Nicole has nothing more to say to Bauer Thomas

Alarm at two subway stations: gang shoots around in Frankfurt |...

“It will be an open game, as it was against Ried...

Minister Giffey: “Lateral thinker” case for the protection of the constitution