When things get serious, all Bayern Munich would-be hunters weaken. This harsh, but accurate judgment, RB Leipzig wants to finally refute this season of the German Bundesliga.  The  team of coach Julian Nagelsmann promises an exciting title fight until the end.

After Bayern’s 1: 2 against Frankfurter Eintracht, who was in charge of Adi Hütter, and a 3-0 win over Hertha, it is RB Leipzig’s turn to Bayern. And the desire for the new title hunt cannot be ignored. RB captain Marcel Sabitzer also sees no reason for understatement after his dream goal in Berlin. “For us it was said to stick with it, to really be there when they falter. Now we have caught up the points, now there are two more, ”said the Austrian.

Sabitzer had messed up in the Champions League against Liverpool (0-2) on Tuesday and gave the hoped-for answer on Sunday.

The  ÖFB team striker scored in the 28th minute from a long range. It was his twelfth goal from a distance, since his Bundesliga debut in August 2016, according to kicker statistics, no other player has scored more often from long range. “That was the reaction I was hoping for,” said Nagelsmann happily. “He was very good on the ball and took a lot of good actions,” the coach praised his captain.

Nagelsmann had given the subtle but specific style of the Bayern hunt, calm but with a clear objective. “In the end, I expect a team to develop within a year, and I think we have developed in all areas.

The  development should go on.

The n it can be a good season, ”said the RB coach.

Above all, he praised the new defensive stability. “I think we have become more variable.

The  big difference is that we defend better overall, ”said the 33-year-old, knowing full well that titles are often won in defense.

After the 22nd round of the preseason Bayern were only one point ahead of RB, but the momentum was different back then. After the half-time of the season, the four-point lead quickly turned into a deficit. Now Leipzig has suffered a bitter 2-0 defeat against Liverpool, but reduced the gap to Bayern, who lost their feet after their trip to Qatar, from seven points to two within two match days.

“If we are focused and we reach our limits in every game, it can be an exciting fight until the end, but I also know that there are tough weeks ahead of us,” said Sabitzer. Borussia Mönchengladbach is already waiting on Saturday, a battered and therefore unpleasant opponent.

Taiwan: Couple caught having sex in front of the hotel window

Australian Open: Rafael Nadal – “I’m not the type who looks... Airbnb is valued at $ 47 billion when it goes public 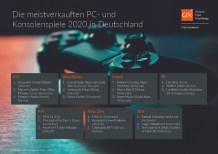