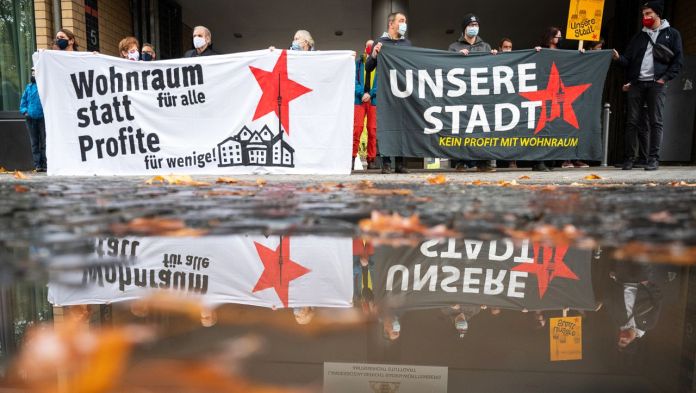 The re are no longer tens of thousands of people roaming the streets of the cities.

The  protest against the housing shortage and overpriced rents has become quieter in times of the pandemic. Most recently, a broad alliance of 34 organizations and associations from the construction and real estate industry expressed its displeasure, at least in writing.

In a letter to Chancellor Angela Merkel (CDU), they write that the election year threatens to be the “Corona housing crisis year”. A second housing offensive is required.

The  federal, state and local authorities, together with more than a dozen associations in the real estate and housing industry, decided on the first in September 2018. On this Tuesday, those involved now want to take stock together.

Federal Building Minister Horst Seehofer (CSU) announced in advance that the agreed measures had been implemented and included an almost completed checklist as evidence. But is the balance really that positive? A look at the problems of the German housing market shows that the question of building areas for single-family houses is not the most pressing issue.

Study on the consequences of the pandemic: Corona costs over 20...

Farmer is looking for a wife: surprise! Denise now lives...

13-year-old missing in Frankfurt: police are looking for witnesses

South Tyrol continues to win in the ICE hockey league