Real Madrid are up to three points close to their local rivals Atletico in the lead in the Spanish championship.

The  “Royal” prevailed 1-0 in the away game of the 24th round at Real Valladolid on Saturday evening, celebrated their third straight win and benefited from a surprising 2-0 home defeat by the leader against Levante. Atletico also has the advantage of having played one game less.

Casemiro headed the fourth real win en suite in the 65th minute after an ideal free-kick from Toni Kroos. Coach Zinedine Zidane was able to look forward to a successful dress rehearsal before the Champions League round of 16 first leg at Atalanta Bergamo on Wednesday.

Levante puts the next damper on Atletico

For Atletico, however, it put a damper. As with the 1-1 in the supplement on Wednesday, Levante could not be defeated. This time goals from Jose Luis Morales (30th) and Jorge de Frutos (95th) were decisive. In the previous nine rounds, they had eight wins and one draw.

More about this in sport.ORF.at/fussball

Threema: Strong growth due to new WhatsApp terms and conditions

Alaba at Bayern: saying goodbye to the head of defense –...

Tougher rules in the supermarket: This currently applies to Aldi, Lidl,...

Lidl in Braunschweig: A new store is to be created HERE... 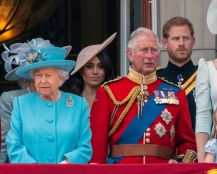 “She wants to blackmail the Queen” – criticism of Meghan baby...