The  Bitcoin rate rose to around $ 57,500 at noon before it then crumbled a little. Most recently, the best-known and most important cryptocurrency on the Bitstamp trading platform cost a little less at $ 56,800, but was still above Friday’s level. At the end of the week, Bitcoin was worth more than $ 55,000 for the first time, cracking the $ 1 trillion mark in terms of total market capitalization.

As a result of the soaring that has lasted for weeks and months, the rates of many other digital currencies such as Ethereum, Binance Coin or Polkadot are also increasing. For this reason, the share of Bitcoin in the overall market for cryptocurrencies has recently decreased somewhat despite the massive price gains. According to a list on the www.coinmarketcap.com site, it was recently only a little more than 60 percent, after having been a little over 70 percent some time ago.

Bitcoin has been on a high again since autumn last year. In October, for example, the price had just hit $ 10,000 before rising to more than $ 20,000 in mid-December.

The  dazzling multibillionaire and Tesla boss again had a boost on Friday Elon Musk taken care of. He wrote on Twitter why cryptocurrencies were preferable to traditional currencies from his point of view. If conventional currencies were subject to negative real interest rates, only a fool would not look elsewhere, wrote Musk. He was describing the loss that many investors currently have to accept in view of extremely low interest rates and taking inflation into account.

You might also be interested in: NEW NOW – trade Bitcoin & Co. via the finanzen.net app – or for professionals via the Stuttgart Digital ExchangeAccording to the assessment of the cryptocurrency expert Timo Emden from Emden Research, there are currently many reasons for the bull market in digital currencies. “Not only Musk should play a decisive role,” he wrote in a market assessment on Saturday. Musk continues to enjoy helping fuel the rally. But this is also driven by investors’ fear of missing out on something. “Private investors in particular are likely to have jumped blindly into the market in the past few hours.”

Families can decide for themselves: compulsory attendance at Berlin schools remains...

Wanderlust: How do the people of Stuttgart plan their vacation? ...

That’s how bad things are in the corona crisis in Austria... 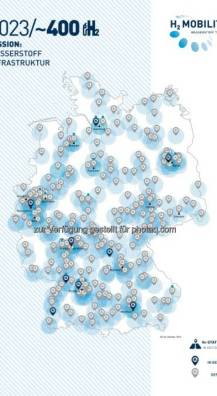 Shock for animal lovers! Do dogs and cats have to...