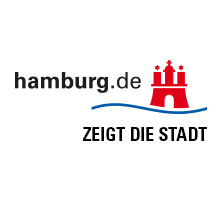 Hamburg (dpa / lno) – Consumers should be able to exchange defective products at the purchase price after the will of Hamburg’s red-green coalition even after two years.  The  government factions want to introduce a corresponding request to extend the warranty period in the citizenry on Wednesday. This also includes the fact that sellers should prove the integrity of the goods longer than before if they refuse an exchange. In the application, the Senate is requested to advocate a change in the federal government in accordance with the European Union’s goods sales directive, which will apply across Europe from January 1, 2022.

“If the expensive washing machine stops working after three years, that is in most cases a question of quality,” said the consumer protection spokeswoman for the SPD parliamentary group, Sarah Timmann, of the German press agency. Nevertheless, the warranty period in Germany has already expired after two years. “

The  European Union’s directive on the sale of goods now offers the special opportunity to significantly extend the seller’s liability period and the period for reversing the burden of proof in favor of consumers.”

Germany could catch up with countries like Sweden or the Netherlands, in which the statutory warranty of three years applies or is linked to the average lifespan of the product, said Timmann: “It is now up to Hamburg to work to ensure that consumers in Germany have been granted stronger rights than before. ” Because so far the current draft of the federal government has fallen short of expectations. “We expect that this bill will be significantly improved.”

The  consumer expert of the Green Group, Lisa Kern, said: “Defects are often only noticed over time, so it is necessary to extend the period of time for complaints.” Warranty claims are an elementary part of a functioning protection of consumers. It is often difficult to prove that the goods were damaged when they were bought. “Up to now, buyers did not have to actively prove in the first six months after purchase that a mistake already existed at the time of purchase. We want to extend this period to two years,” emphasized Kern.

Primary school of the Royal Athenaeum of St. Vith has to...