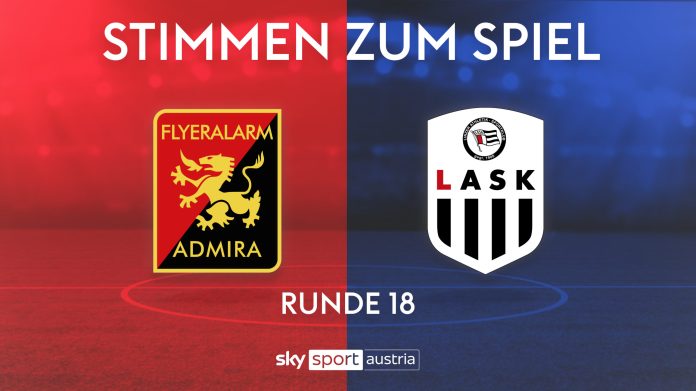 FC Flyeralarm Admira lost against LASK with 1: 2. All votes for the game on Sky Sport Austria.

Damir Buric (Trainer FC Flyeralarm Admira):
… About the controversial 2-0: “If you actively go to the ball and you are making a deception, then it doesn’t matter whether it touched it or not. He actively goes to the ball. ”

… asked about the newcomers before the game: “We’re competitive now.”

Andreas Leitner (FC Flyeralarm Admira):
… On the controversial 2-0: “I think he really didn’t touch the ball, but when you walk onto the ball so clearly, from a very clear offside position and the linesman raises the flag, you saw that everyone with us turns off. A completely new situation arises because the Goiginger comes along from 15 meters further back. But unfortunately that was the decision and we lost the game 2-1. ”

Maximilian Sax (FC Flyeralarm Admira):
… after the game: “I’m actually very happy with the team. I cannot imagine, if we continue to display the attitude that we have today, that we will be down below for a long time. I think we will collect points and lead the team to where they belong. ”

Dominik Thalhammer (Trainer LASK):
… after the game: “We are happy that we won today because it was very, very difficult for the team to play on this pitch. But she solved it very well. ”

… About Andreas Gruber’s injury: “It hurts a lot. We currently only have four strikers for three positions and then Andi (Gruber’s note) will also be out. I hope it’s nothing worse. ”

… about the personnel situation: “We are very closely equipped, especially on the attack line and on the defensive. But our job is to solve such situations. We will do that too. ”

Thomas Goiginger (LASK):
… after the game: “It wasn’t our best performance, but we had very good control of the game in the second half.”

… about the controversial goal to make it 2-0: “I just ran after and yelled at Jojo (Eggestein’s note) because I thought he might be offside.

… About the injury to team-mate Andreas Gruber: “I hope it’s not that bad. I don’t have any information about what it could be, but I only hope for the best for him that it might not be the cruciate ligament.

Tobias Lawal (LASK):
… after the game: “I think it wasn’t a nice game to watch.

The  space conditions were difficult, but the same for both. We tried to make the best of it and the most important thing is the three points. We’ll take them with us to Linz. ”

The  way we interpret the rule at the moment, we would decide again. But it would have been better if the assistant didn’t raise the flag. He (Eggestein’s note) does not play the ball and he does not prevent anyone from playing the ball. So it doesn’t matter whether he goes there. It wasn’t offside. Probably a rule few understand. I can only refer to the text here. ”

The  honorable gentlemen of the Fifa board have to meet once in a pub and finally formulate the handball rule and the offside rule in such a way that the average Otto can understand them.”

Andreas Herzog (Sky Expert):
… About the controversial goal to make it 2-0: “Extremely confusing. I know the rule says that if he doesn’t hinder the opponent in some way, or if he doesn’t touch the ball, it is not offside. Nevertheless, he runs aggressively to the ball. It was usually regular, but it was really a tricky situation. ”

Vote from the city of Bern – yes to the new station access, tight yes to the festival hall – news 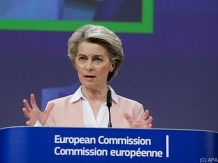 EU countries decide on the range of the Corona Pass – Coronavirus – Jesse Marsch: “After conceding we got stronger in the game”

Copa del Rey: Real Madrid are thrown out in excess of...

Elon Musk is no longer the richest man in the world...

In the service of a good cause – FAZ – Frankfurter...