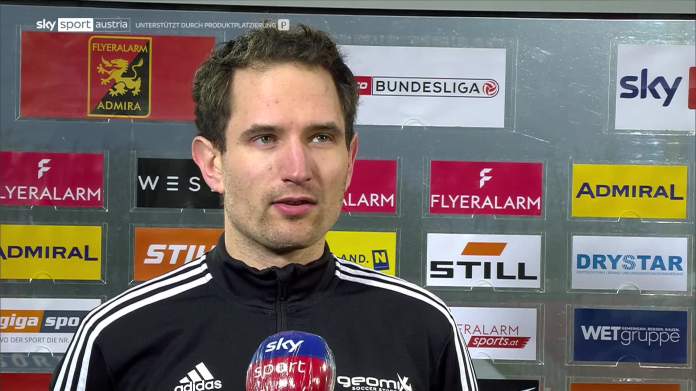 With a narrow 2-1 win at Admira, LASK maintains proximity to the top duo in the league. However, the second hit from the third placed caused some discussion.

After a submission by Thomas Goiginger, Johannes Eggestein, who was offside, approached the ball, but shortly before that he let the approaching Goiginger touch the ball. But shortly after the match, the assistant referee raised the flag. However, referee Josef Spurny let go and explained his decision in Sky-Interview.

“We would decide that again. But it would have been better if the assistant didn’t raise the flag, ”the referee explains the situation. “He (Eggestein, note) does not play the ball and he does not prevent anyone from playing the ball. So it doesn’t matter if he goes there, ”Spurny continues.

After a premature decision by his assistant, the referee “didn’t want to make another mistake”, but he can understand the excitement that followed: “I understand the emotions after such a decision.”

Nehammer: “The hatred in Kickl’s speech was the reason for the escalation”

Women’s Day: Wifo warns of a larger gender pay gap due to Corona

Scholz claim in the fact check: 10 million vaccinations per week until June – how is that supposed to work? – Politics

Coalition submitted a request for a partial ban on glyphosate

Diego Maradona dies: the golden boy with the hand of God

Total solar eclipse over Argentina and Chile: the most beautiful photos...

Galaxy S21 and more: These are the novelties of the Samsung...

Is there a passenger limit? Merkel discussed with the federal...

This is how the Queen celebrates Christmas in the Corona crisis