Republican congressmen have criticized the administration of the new US President Joe Biden’s handling of the German-Russian Nord Stream 2 pipeline. “ The  Biden administration signals that it is ready to allow the pipeline to be completed with catastrophic consequences for American national security and for the energy security of our European allies,” Senator Ted Cruz said in a statement on Saturday.

Cruz’s criticism was directed at a State Department report to Congress that sought to identify companies that could face sanctions for their involvement in pipeline construction. According to Cruz, his colleague Jim Risch and MP Michael McCaul, the new US administration refrained from announcing sanctions against additional companies involved in the construction in the report.

The re was no confirmation from either the Foreign Ministry or the White House.

In the report, the Biden government only announced sanctions against the Russian laying ship “Fortuna” and the owner KVT-RUS – both of which were already punished by Donald Trump’s previous government.

The  Ministry of Foreign Affairs is expected to be briefed to discuss when the Biden administration plans to take further action against other Russian companies.

The  USA are storming the project because they fear that their partners in Europe are too dependent on Russia. At the end of 2019, construction work on the pipeline was stopped shortly before completion after the US had enacted an initial sanctions law (Peesa) against the special ships that laid the pipes. Immediately before leaving office, Trump’s government imposed the first sanctions in January on the Russian company KVT-RUS and the laying ship “Fortuna”.

State Department spokesman Ned Price said Friday that the government had already made it clear that it considered Nord Stream 2 a “bad deal” and that companies risked sanctions if they were involved. Biden will consult with the European partners on this. (sda / dpa)

Siberia: This is what it looks like when the temperature drops below -35 degrees

Has Sia made the worst movie since “Cats”? Maddie Ziegler talks to us about it

18-year-old Maddie Ziegler is the dance wonder from Sia’s music videos. Now she is also the leading actress in Sia’s directorial debut «Music».

The n you can only stay polite and bite your teeth. For example, when a film is only shown shortly before an already agreed interview with the leading actress. As in the case of «Music». Director: Sia. So the basically wonderful, basically beloved Sia. But she completely messed up as a film director. But that only dawns on me when I’m sitting in front of the film.

Music (Maddie Ziegler) is a girl and is called …

A chain of coffeehouses destroyed by the National Socialists: More dishes...

You will not find these functions in WhatsApp 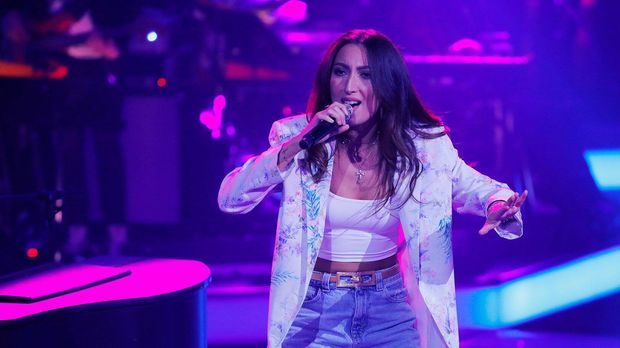 Maria Nicolaides excites in the sing-offs

Trouble with the range of motion: when and where do new...

Even the training cost: people even had to pay admission for...