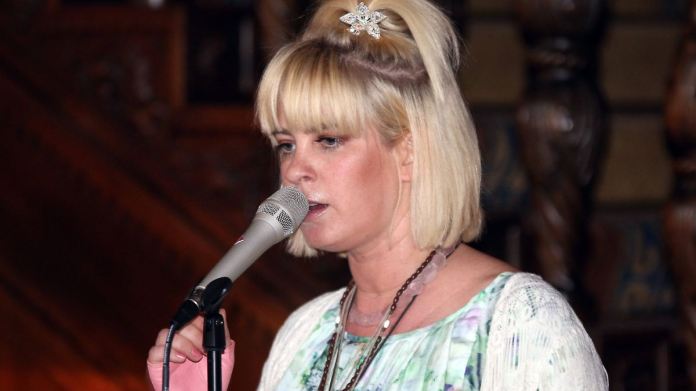 Since her participation in the last season “Celebrity Big Brother” it has been quite quiet around Jasmin Tawil. Now the ex-wife of musician Adel Tawil makes surprisingly public that she wants to enter into a marriage with the father of her son Ocean.
For three years there were only sporadic signs of life from Jasmin Tawil on Instagram.  The  former “Good Times, Bad Times” actress had withdrawn abroad after separating from musician Adel Tawil, and allegedly even lived there for a while on the streets. But then she recovered and came back in September 2019 with the news that she had become a mother in June of the same year. Now she announces that she will soon marry the father of her son Ocean.

The  38-year-old posted a photo of herself with a lot of hearts on Instagram and wrote in English: “Ocean’s father asked me and I said yes.” However, it is not yet known who the father of her one-year-old son is.

The  two are said to have been apart for a while before they found each other again.

The  actress also revealed in the Instagram post: “We’ll get married this year.” It remains to be seen whether she will let her fans be part of it or, after the painful experience with Adel Tawil, prefer to keep the public out of her private life.

In 2014, the celebrity couple split up after 13 years together. Jasmin Tawil did not get along well with the divorce, often posting disturbing videos and messages on Instagram documenting her troubled condition. Among other things, she signed up a few months before the birth of her son from California and told her followers that she lived on the street. According to the “Bild” newspaper, she then moved to Hawaii, where Tawil had once proposed marriage to her.

Her surprising return followed in 2019, before she even appeared on TV again in 2020. She took part in the eighth season of the Sat1 show “Celebrity Big Brother”, in which she took 15th place.

GZSZ: Shock for Katrin: Tobias’ wife Melanie wakes up from the coma

The bull at The Masked Singer: viewers agree – it has to be HE

The Bergdoktor: “I have a feeling that I have to pack my things” – Is Anne leaving Ellmau?

Good odds for Corona specials, the world is very strong

“Should the kiss really have been?”

Anne Menden inspires her fans in a revealing outfit Racism in Paris: And now: aftermath in court – sport