Schools, day-care centers and hairdressers will soon be allowed to reopen, but not retail beyond everyday goods. This causes resentment in the industry – which accuses politicians of arbitrariness.

Clear words and sharp criticism:  The  decision by the Prime Minister and the Chancellor to extend the lockdown to an uncertain point in time and to orient the opening of the retail trade to an incidence value reduced from 50 to 35 met with rejection by the retail association HDE. If retail stores remain closed, as currently intended, and state aid is not massively expanded, many retailers would inevitably be on the verge of failure, calculated HDE Managing Director Stefan Genth.

“Here 20 percent of the companies say: if there is no further help in the first half of the year, then I will have to give up my business. And if further help does not come, 37 percent say that they have to give up their business in the second half of the year. 57 percent is an enormous number, “says Genth and warns:” If more than every second business had to give up here, then you can imagine what the city centers look like, the supply structure. We are assuming at least 250,000 jobs that would be lost. ”

The  company’s liquidity has been used up, and state aid does not reach many or only insufficient amounts.

The  retail association calls for better depreciation options for seasonal goods, which dealers are left with because of the official closure. Even if, in the best case scenario, the stores can reopen in March, retailers would again be faced with massive outages this year based on pre-crisis sales in 2019.

Economic summit with the affected industries?

“If an opening takes place in March, then it would still mean that this year 2021 would mean at least 15 percent minus, in April then 23 percent and at the beginning of May then almost 30 percent,” calculates association boss Genth. In the end, that would mean a loss in sales of almost 50 billion euros for retailers.

The re is simply no perspective at the moment, Genth criticizes.

The  Chancellor and Prime Minister could not have agreed on a reliable plan to exit the lockdown. An economic summit with the sectors particularly affected by the lockdown is necessary.

The  non-food retail sector is still trapped in lockdown. What we particularly criticize is that no transparent and fair plan has been drawn up for exiting the lockdown,” says Genth.

The  economy was not heard here, let alone involved. “It is an unbelievable situation to take this new, seemingly arbitrary incidence number of 35 as the limit for store opening. I believe that these decisions will lead to even less acceptance of political decision-making in the economy and among the citizens. We are more as disappointed. ”

The  HDE pointed out:

The  food retailer has provided evidence to around 40 million customers every day that shopping with hygiene concepts is safe even with higher incidence figures.

ROUNDUP: Tesla boss does not rule out merger with other automakers...

In less than one percent of daycare centers Covid-19 cases 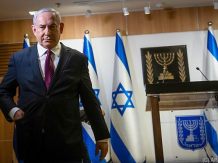