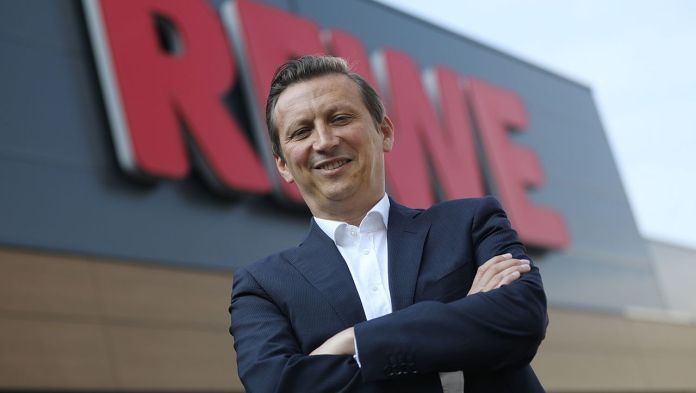 The  Rewe Group benefited from the Corona restrictions in 2020 and is poised to become the second largest grocer in Europe. In the past financial year, the Cologne-based cooperative trading and tourism company reportedly broke the 75 billion euro mark for the first time.
»This means that we will probably rise to become the second largest food retail group in Europe behind the Schwarz Group. We are likely to have overtaken Carrefour and Aldi in Europe, ”said Rewe CEO Lionel Souque of the“ Frankfurter Allgemeine Zeitung ”.

The  Schwarz Group, which operates more than 12,000 branches worldwide with its Lidl and Kaufland divisions, recently achieved sales of more than 110 billion euros.

Rewes sales growth also came about through a takeover: According to the information, 12 billion euros of this came from the takeover of Lekkerland. “In terms of earnings, too, we will compensate for the losses from other areas such as tourism,” announced Souque with a view to the loss of sales at the subsidiary DER Touristik.

The  Rewe boss is critical of the state aid for competitors FTI and TUI: »We will not allow the loan to be waived in the end. Many agreements are not transparent, which is why we also speak to the EU Commission. «DER Touristik has not yet had to apply for government loans, nor are they planning to do so.

As of Saturday – 113 new infections and eight deaths in...

Berlin: Police release motorists from custody after an incident at the...

Argo: Was that really possible? ()