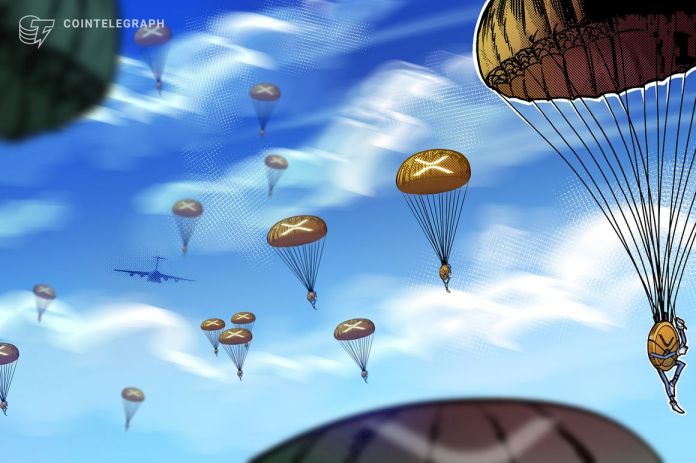 The  American Securities and Exchange Commission accuses the two Ripple managing directors Bradley Garlinghouse and Christian Larsen of deliberately manipulating the price of the company’s own cryptocurrency XRP by selling more or fewer units depending on the market situation.

According to an amendment submitted on February 18, the US Securities and Exchange Commission upholds its original allegation that the company Ripple and managing directors Chris Larsen and Brad Garlinghouse committed unauthorized sale of securities with the sale of XRP. In addition, the authority is now accusing the two managing directors of having deliberately influenced the price of the cryptocurrency and misleading investors in order to make personal profit from it:

“From 2013 to date, Defendants sold more than 14.6 billion units of a digital currency called XRP for which they raised more than $ 1.38 billion in cash to run the business of To finance Ripple and to enrich Larsen and Garlinghouse. “

The  SEC points out that Ripple was legally informed in 2012 that the sale of XRP could possibly constitute an unauthorized sale of securities, which the management would have deliberately ignored. As stated in the complaint, this strategy has worked, because Ripple was able to earn “at least 1.38 billion US dollars” in the following years.

Larsen and Garlinghouse are said to have personally benefited from the illicit sale with profits of $ 600 million. In this context, the US Securities and Exchange Commission emphasizes that Garlinghouse has repeatedly communicated to XRP investors that he is betting on the success of the cryptocurrency for the “very long term”, while he and Larsen have quietly sold off their XRP assets, which may well be was deliberate deception. So the authority writes:

“Ripple created an information vacuum that enabled Ripple and the two insiders, Larsen and Garlinghouse, to sell XRP to a market that only had the information that the defendants disclosed.”

The  lawsuit refers to 2015 when an XRP trading platform temporarily halted the sale of XRP assets owned by Garlinghouse and Larsen because the price fell.

Larsen is said to have directly instructed the trading platform to “pause sales first” and “wait until the market has recovered from this error”.

According to the complaint in 2016, there was a similar case when the two defendants were forced to slow down their sales in order to be able to “stabilize and / or increase” the ailing XRP rate. Larsen and Garlinghouse actually drove their sales back, although Garlinghouse had even written at the time that he was “inclined to be much more aggressive”.

The  Securities and Exchange Commission stresses that this “information imbalance” between investors and management continues, with the result that the Defendants are still selling XRP “at a considerable risk for investors”.

Ripple legal counsel Stuart Alderoty countered in a opinionthat he was disappointed with the SEC’s recent “attempts”. He writes on Twitter that the amended indictment did not produce any new information, because the legal dispute would continue to revolve around one central issue:

“As most of you have heard, the SEC filed its amended complaint today. However, there is still only one point of legal negotiation: Does the sale of XRP constitute an investment contract? Sad that the SEC has to ‘amend’ its complaint after it took several years to bring it forward … “

During his tenure, Giancarlo had previously decided that neither Bitcoin (BTC) nor Ether (ETH) should be classified as securities, which has earned him great popularity in the crypto industry.

As Forbes reported at the time, there could be a conflict of interest in his assessment of XRP, because the law firm that Giancarlo represents is also Ripple’s legal adviser.

The  classification of the former CFTC boss is based “on certain information that was made available to him by Ripple”.

Werder Bremen: What makes the defense so stable – What can...

No outlook for the year: Intel beats expectations in the quarter...

5 apps to get you through dry January