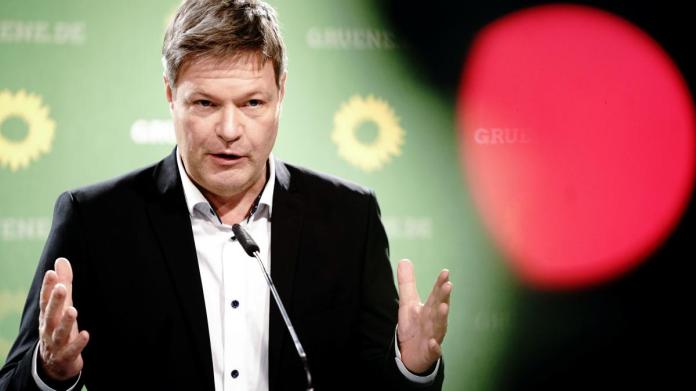 Habeck attacks CDU – “You no longer know what it stands for”

For the party leader of the Greens, conservatism means being able to live on the wages earned. On the other hand, he attests the Union a “botched understanding”. Clothes come from abroad and farmers have to produce cheaper and cheaper.

GGreen leader Robert Habeck has accused the Union of a “botched understanding of conservatism”. “Conservative is that you have to be able to live from your hands and the wages are sufficient,” said Habeck of “Bild am Sonntag”.

In Germany, however, clothing is sold that has been made abroad under starvation wages, and farmers are forced to produce cheaper and cheaper. It is also conservative “that rules are adhered to, even by those in power, that tax dumping and tax evasion are fought hard, that people in need are helped and that livelihoods are protected,” stressed Habeck. “

The  Union does not do any of that. She no longer knows what she actually stands for. “

In surveys, the CDU is usually between 33 and 37 percent, the Greens have been around 20 percent for a while and are therefore stable in front of the SPD. However, this has often not translated into votes at the ballot box. “

The  Greens have often been survey heroes,” says the political scientist Karl-Rudolf Korte from the University of Duisburg-Essen. “But this time they could turn that into votes.”

The  thoughtful leadership style of party leaders Robert Habeck and Annalena Baerbock was well received in the bourgeois camp.

And so they too will feel attacks in the super election year 2021. SPD chancellor candidate Olaf Scholz said in “Mannheimer Morgen” (Saturday): “You remain a party that likes to deal with bans instead of finding technological solutions.” With a view to the general political concepts of the parties, Scholz said that the Greens are the party View that “the appeal to renounce it is done”.