FRANKFURT (dpa-AFX) –  The  Dax (DAX 30) largely averted a very weak start to the week on Monday. In early trading, it had dropped by more than one percent to the 13,800 mark, but then a positive Ifo index helped him back on its feet. With a closing level of 13,950.04 points, the leading index ultimately reduced its minus to 0.31 percent.

In general, the last noticeable concerns about rising market interest rates remained at the beginning of the week, which was the reason for the weak start. But then it became known that the mood in German companies reached its highest level since October in February despite the corona restrictions. As a support came the fact that the British government presented a roadmap for easing the corona measures.

In the second row of exchanges, the minus was more severe in the end because of the composition of the index.

The  leading indices in Paris and London also closed somewhat more easily. In New York, the Dow Jones Industrial (Dow Jones 30 Industrial) made up its early losses to the last, but tech stocks remained under pressure there.

“Companies are counting on loosening the corona shackles and on the good global economy,” commented analyst Andreas Scheuerle from Deka-Bank on the Ifo index, which was brightened in February. His colleague Thomas Gitzel from VP Bank sees the business climate “despite the improvement, still in a gray area”.

The  measures in the pandemic still weighed heavily on the service sector.

Among the individual stocks on the stock market, the Continental stocks lost almost two percent in the Dax, making them one of the weakest stocks. Due to a loss at the group level, the auto supplier and tire manufacturer does not want to pay a dividend for the Corona year 2020. Analysts saw the move primarily as a concession to the workforce because of planned plant closings.

However, Delivery Hero was at the bottom of the 30 Dax stocks with a discount of 6.8 percent.

The  slide in the price of the food delivery service went hand in hand with the fact that shares previously considered to be crisis winners in the pandemic were sold on a larger scale. This also applied to Zalando and HelloFresh in the MDax or Westwing (Westwing Group) and Home24 in the SDax.

Conversely, big corona losers have so far been in great demand in the hope of easing, above all the travel sector, which has been badly shaken by the crisis. In the MDax, Fraport and Lufthansa followed up by up to 3.5 percent. British Prime Minister Boris Johnson presented a roadmap for gradually lifting the lockdown in Great Britain on Monday.

Airbus (Airbus SE (ex EADS)) shares also benefited from the optimism in the travel industry with an increase of 4.4 percent. On Monday, the analysts at Goldman Sachs saw the aircraft manufacturer as one of twelve stocks whose prospects are particularly tied to a recovery from the corona crisis. If it reopens, the experts see significant upside potential.

Varta (Varta), however, suffered in the MDax from negative analysts’ ratings, losing 10.7 percent as the biggest loser in the index. Both the private bank Hauck & Aufhäuser and the Berenberg-Bank lowered their investment rating after the annual figures presented last week and above all because of the outlook for 2021.

In the SDAX, the shares of the commercial vehicle supplier SAF-Holland (SAF-Holland SA) were still bucking the negative market trend.

The y benefited with a plus of 4.3 percent from the fact that the company was able to contain its significant losses in the Corona year 2020 thanks to a conciliatory final quarter.

The  euro gained in light of the robust Ifo data, the common currency was last traded at 1.2150 US dollars.

On the bond market, the current yield rose from minus 0.37 percent the previous day to minus 0.36 percent.

Adidas raffle: nasty chain letter on WhatsApp lures you into a trap

Binz wants to take over the MAN plant in Plauen

Romell Broom survived her own execution and may now have died... 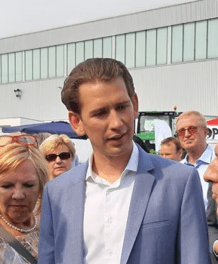 Corona virus: The third lockdown starts and that applies immediately

Sonia Perez and Christian Mentschik new to the Commvault team