GELSENKIRCHEN (dpa-AFX) –  The  fans of the Bundesliga soccer club FC Schalke 04 and Borussia Dortmund caused a stir after the Revier derby despite the Corona restrictions. Around 200 supporters of the bottom of the table from Gelsenkirchen, who had already gathered on the stadium grounds during the game, tried to get into the stadium, which was closed to spectators, after their team’s 0: 4 (0: 2).

The  police and law enforcement officers prevented them from doing so. According to the Gelsenkirchen police, criminal proceedings were initiated after the operation against a fan, but no one was injured.

The re was also a gathering of larger fan groups in front of the Dortmund training grounds. After the jubilees after the derby, BVB admitted violations of the corona rules. This was “not to be tolerated”, it said in a statement on Sunday. Accordingly, 150 to 200 fans cheered the team on their return to Dortmund, sometimes neither wearing masks nor keeping the necessary distance. In addition, the players celebrated on the bus and filmed it “in exuberance,” as the club announced.

On a video that was temporarily published on Mahmoud Dahoud’s account on Instagram, Marco Reus, Erling Haaland, Emre Can & Co. cheered fans behind the windshield, who greeted them with Pyro.

The  Dortmunders apologized for the incidents and promised to “speak to the police and all those involved in a timely manner about how such scenes can be completely ruled out in public in the future.”

The  German Football League requested a short-term statement from BVB.

According to the Dortmund police, a criminal complaint has been filed because of the incident.

The  investigation is therefore ongoing, the existing video material will be viewed./bue/DP/men

Spotify’s annual review: Germany and the world have heard this music...

Horizon: Zero Dawn – Still beautiful even in a PS1 look

IOTA partnership with the Austrian Federal Ministry to promote DLT &...

Capital increase in kind planned through the contribution of KlickOwn AG... 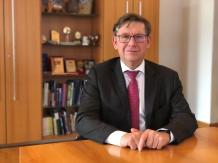 No risk group: politicians in the Donau-Ries district already vaccinated