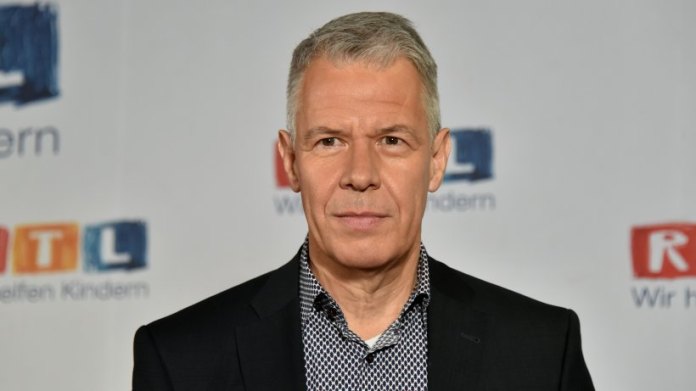 Oops, he probably imagined it differently! RTL-Currently chief moderator Peter Kloeppel was seen in an unfamiliar role on Friday. He didn’t have to prove himself on the news, but on the evening show “Am I smarter than Peter Kloeppel?” Of the RTL-Star was able to score with in-depth scientific knowledge, but not when it came to recognizing celebrities.

And so the news anchor had to accept an embarrassing quiz faux pas on Friday evening. Now the 62-year-old explains in detail again for his celebrity failure in the RTL-Show.

“To be honest, I don’t know either. Of course I know what Oliver Pocher looks like. But with Helene Fischer … of course I know who she is. But that I would now recognize her in photos … maybe if I saw a photo of her on stage, but the face alone was not enough, ”Peter Kloeppel told RTL.

This is RTL presenter Peter Kloeppel:

He goes on to say: “Dieter Bohlen… of course I know who Dieter Bohlen is, there is no question. But with that bun on his head he didn’t look what it looks either. “

The  only way he can explain his bankruptcy is as he further explains in an interview with RTL: “That was simply the problem for me: I first tried to find out who the people were. And while I was thinking about it, I forgot to look where they are on their tiles. “

His ignorance in the celebrity area has not been denied to Twitter users. “And Peter Kloeppel is the smartest of them all. He doesn’t know Heidi Klum, Helene Fischer, Oliver Pocher or Dieter Bohlen, ”joked a user after the show. Another: “I would have expected more from Peter Kloeppel.

But one thing is certain: the RTL presenter will not forget the face of Helene Fischer so quickly.

The  RTL presenter, however, knew another more personal matter – and immediately revealed it to viewers. More about this here >>>

Euro economy under pressure at the beginning of the year

Race for CDU chairmanship – Laschet is clearly catching up in...