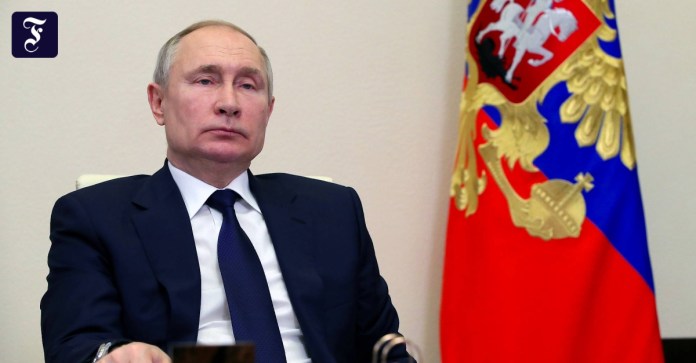 Rus ambassador to the EU, Vladimir Chizhov, warns Europeans of new sanctions against his country over recent developments in the Navalnyi case: “I don’t want to speculate about whether our partners will launch a new round of illegitimate unilateral restrictive measures against my country. If and if that happens, we will be prepared to answer ”, he told“ Welt ”shortly before the meeting of EU foreign ministers in Brussels on Monday.

The  Russian ambassador criticized the decisions of “our partners in the EU” in Russia policy as “illogical and astonishingly politicized”. In recent years, the EU has systematically hindered the development of relations with Russia – “under pretexts that were pulled by the hair”. On the other hand, Russia is a “reliable partner” who, in return, does not slam the door.

The re will be no appeasement”

The  EU should not tolerate violations of human rights, Asselborn told the editorial network Germany: “

The re will be no appeasement in this matter.” In the language of diplomacy, “appeasement” means a policy of concessions and appeasement.

Asselborn emphasized that the new sanctions had to be “legally binding” so that they “don’t fall on our feet in front of the European Court of Justice”. At the same time, the Luxembourg Foreign Minister was skeptical that the new sanctions would have an effect in Russia. Relations between the EU and Russia have been in a serious crisis since the annexation of Crimea in 2014. “Unfortunately it seems as if we have not yet reached the lowest point,” said Asselborn.

According to diplomats, the EU foreign ministers want to make a fundamental political decision on new sanctions against Russia on Monday. Specifically, the punitive measures should only be worked out later.

The  EU wants to use its new sanctions regime to violate human rights for the first time.

The  reason for the expected new sanctions are the arrest of Navalnyi and the massive crackdown on demonstrators who took to the streets for him. On Saturday, a Moscow court upheld Navalnyi’s sentence to around two and a half years in a prison camp. In addition, the prominent opponent of President Vladimir Putin was sentenced in another trial for defamation of a World War II veteran to a fine of the equivalent of 9500 euros.

Navalnyi was arrested immediately after returning to Russia from Germany in January.

The  Kremlin critic was treated in Germany after a poison attack on him in August. Navalnyi are accused of violating probation conditions by the Russian judiciary. As a result, his suspended sentence was changed to a detention center in early February. His appeal against this judgment has now been rejected.

Stricter rules for vitamin capsules and the like? – Various...

After three years a verdict will be reached in the Grasser...

A stage victory is followed by a loss of time: Dakar...

Brady and Tampa Bay in second NFL play-off round – Sport...