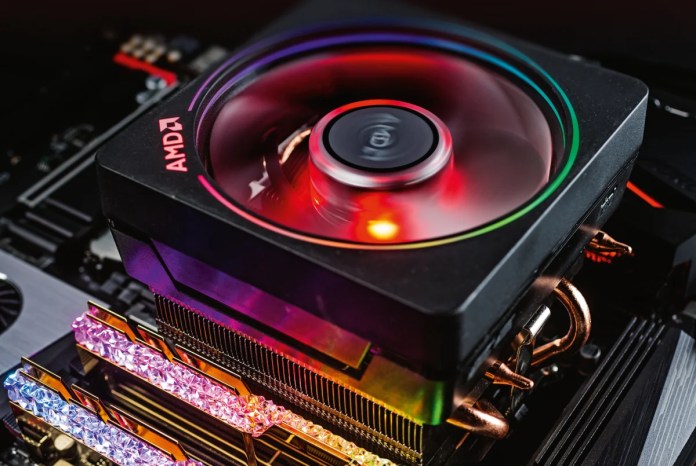 In the past weeks and months there have been increasing reports that AMD’s AM4 platform does not always run properly when using PCI Express 4.0. This affects desktop processors of the Ryzen 3000 and Ryzen 5000 series in combination with a 500 mainboard (X570, B550) and a PCIe 4.0-capable graphics card, i.e. Radeon RX 5000, Radeon RX 6000 or GeForce RTX 3000.

In such cases, the USB connections can therefore become unstable: Sometimes the mouse stops or jerks, sometimes storage media are not recognized, sometimes the virtual reality glasses won’t start.  The re are obviously problems with USB 3.2 Gen 2, i.e. the 10 GBit / s connections, and USB 3.2 Gen 1 (5 GBit / s, formerly called USB 3.0).

AMD has announced via Reddit that it will take a closer look at the problem – most of the problem reports have recently been made there. Nvidia’s presentation of its first PCIe 4.0 graphics cards such as the GeForce RTX 3080 and AMD’s high-end models of the 6000 series have expanded the user base that relies on the fast connection standard since autumn 2020.

However, not all systems are affected and the problems are often difficult to reproduce. AMD is therefore asking for the help of affected users via Reddit. Anyone who reports problems there may be contacted by the “u / AMDOfficial” account and asked for additional information. This includes details on the installed hardware, connected peripherals and system logs.

As an interim solution, affected users can limit the PCI Express interface to PCIe 3.0 speed in the UEFI BIOS. In exceptional cases, this slows down the graphics card – normally, for example, 3D games 16 PCIe 3.0 lanes are sufficient for reliable data streaming. When using a PCIe 4.0 SSD, the transmission speed and IOPS also decrease.

Rising oil prices: gasoline as expensive as it was before the...

So far, 1,000 vaccine doses have been administered by Astra-Zeneca in...

Kissing or dancing? THAT does Thomas better with Nicole

Pregnant influencer Emily Mitchell dies surprisingly at the age of 36

Labbadia, Preetz, Windhorst Millions – who is the first to leave...