Sports director Jochen Schneider will leave Schalke 04.  The  separation is officially planned for the summer, allegedly the S04 has already chosen a successor.

Gelsenkirchen – It has been official since Tuesday (February 16). In summer, FC Schalke 04 and Jochen Schneider (50) separate, as the association announced.

One year before his contract expires, the Sports director Left Gelsenkirchen, his contract will officially be terminated on June 30th.

The  separation is the consequence of the sporting downturn that Jochen Schneider is jointly responsible.

The  knocked-down bottom of the Bundesliga table wants to reposition itself for the future. And supposedly already has a candidate in his sights. That means: the changing of the guard could take place before the end of the season.

Im Supervisory board the decision that Jochen Schneider should leave the club. People have been looking for one since December successor.

According to various media reports, the reason for the quick separation was the protests of the Schalke Ultras against Jochen Schneider in front of the office. Before the derby of S04 against BVB, they apparently wanted to avoid further escalation.

As the WAZ reports, the search is already well advanced. And also Sky-Reporter Dirk Große Schlarmann reports: As soon as a new sports director can be presented, he will Jochen Schneider peel off. Until then, FC Schalke 04 will rely on a trio with S04 DNA for the squad planning:

Mike Büskens (52, responsible for the loan players), Norbert Elgert (64, U19 coach) and Peter Knäbel (54, Technical Director Development) should take over the preparation for the coming season. Jochen Schneider should meanwhile take care of the day-to-day business of the licensed players department and advise the trio.

Schalke 04: Schneider successor allegedly still under contract with another club

According to the media reports, the commitment of a new hooked Sportvorstands currently still on a problem:

The  candidate is still under contract with another club. And that will continue beyond summer 2021.

The refore, the official announcement will probably not be made before March or April. He has a final commitment FC Schalke 04 from the candidate loudly WAZ not yet. However, the talks should go in the right direction.

Schalke 04: Who will be the successor to sports director Jochen Schneider?

It is not yet known who the successor to Schalke sports director Jochen Schneider is.

The  SportBild had about Erik Stoffelshaus called.

The  50-year-old, who worked for the S04 was active, but did not want to take a position on the RUHR24 request.

As the image had reported Jochen Schneider even the ex-Mainz Rouwen Schröder (45) as new Sports director suggested. Of the Supervisory board on the other hand, have his luck with Leipzig sports director Markus Krösche (40) tried, but won a rebuff.

According to WAZ is the potential Successor to Jochen Schneider none of the candidates that have been traded so far.

The  personnel could therefore remain exciting for a few weeks, despite advanced discussions.

Nvidia halves the mining performance of the GeForce RTX 3060, presents...

International – Berlin – The opening year of the Humboldt Forum... 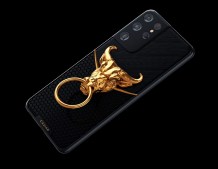