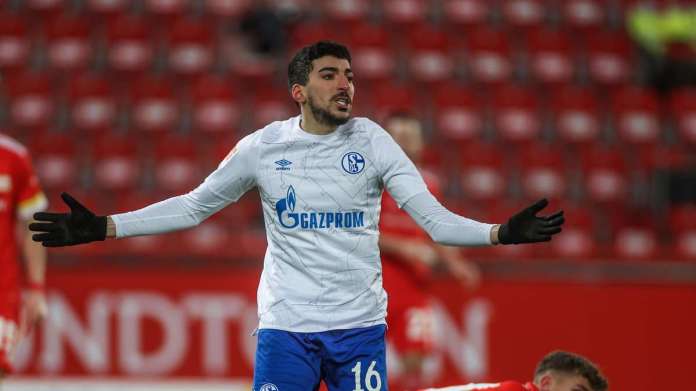 Nassim Boujellab is one of the talents at FC Schalke 04. But he doesn’t seem to be concentrating 100 percent on his club. Jochen Schneider reacts.

Gelsenkirchen – FC Schalke 04 is currently slipping from one problem area to the next.  The  departure of Jochen Schneider (50) is now official, a trio with Schalke DNA takes over. In addition, the bad sporting situation overshadows everything. But there are also problems with the players, as the sports board has now confirmed.

Goalkeeper Ralf Fährmann (32) comes across a topic particularly angry at FC Schalke 04. So he’s had enough of the talk that the S04 I am already sure of being relegated. Sports director Jochen Schneider but addresses one more thing openly.

The  50-year-old talks about “MitGEredet” at the club’s internal discussion Nassim Boujellab (21) and its Hobby “E-Sports”. Because this is Jochen Schneider a thorn in the side. “

The  picture we give is not good,” said the sports director.

The  midfielder is in the professional squad of FC Schalke 04 as the best player of the Video game “FIFA”.

The  Moroccan took part in the “Bundesliga Home Challenge” for the S04 in spring. After his victory in the virtual derby, Nassim Boujellab teased BVB.

The  21-year-old is so good that he can even take on e-athletes, like Nassim Boujellab it proves it again and again in the in-game mode “Weekend League” (officially: FUT Champions) – and films himself in the process. Via Live-Stream

The  midfielder is shown playing FIFA and talks to the audience.

The re is nothing wrong with that for now. However, they are Live-Streams from Nassim Boujellab partly late in the evening or after defeat of FC Schalke 04 to see.

The re is no trace of a bad mood. “That suggests something wrong. We lost, are 18th, but that’s not that bad. This is wrong! ”Will Jochen Schneider clear.

FC Schalke 04: Nassim Boujellab has opened its own YouTube channel

Only two weeks ago, after the 1-1 draw of S04 at Werder Bremen and before the cup game in Wolfsburg, opened Nassim Boujellab also one own YouTube channelto show highlights of his games at FIFA.

Jochen Schneider reacts angrily: “That sucks in German, when we’re 18th, when we play grits like that, then I should concentrate on the essentials. So many people suffer with the club. So it can’t be that I give the picture to the outside world: I don’t care, I’m fine, I enjoy my life, everything is fine. “

The  sports director also explicitly took this into account Nassim Boujellab discussed. For him, it’s not about giving the 21-year-old a lesson, but one Assistance afford to. “We made so many mistakes in our youth. We still have room for improvement, it is important to address that to the guys in order to have the chance to do better, ”said so Jochen Schneider.

FC Schalke 04: Jochen Schneider hopes for a reaction from Nassim Boujellab on the pitch

Ultimately, the 50-year-old is even happy about the Moroccan’s good results at FIFA. “At the first lockdown we were really happy about this boy because he ripped off everyone on the console, including the derby,” revealed Jochen Schneider.

Now the sports board of the S04 hope that Nassim Boujellab tie in with it. Preferably on Saturday (February 20) the derby of FC Schalke 04 against Borussia Dortmund (to the live ticker). Naughty Dog is working on a new PS5 game: where is...

Peterhansel consolidates his lead with the first stage win

Cyberpunk 2077: Defective Goods – Dealers in the US are taking...

“I got the chance to go”

Wedding at first sight: Michael and Lisa are getting divorced –...