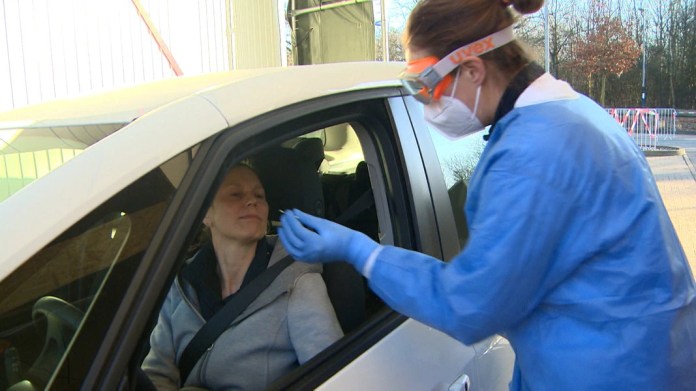 Since Monday, the so-called regular operation under corona conditions has been running again in most of the daycare centers and primary schools in the state. According to Education Minister Karin Prien (CDU), only face-to-face teaching can guarantee the reliability of primary schools – and these are required by parents, who have to align their professional life with the school life of their children. Among other things, the Education and Science Union (GEW) had demanded alternating lessons because the risk of infection in the full classrooms and daycare rooms was too high. Prien defended her course: “Children take the decisive developmental steps, especially when they are up to ten years old when they are in contact with their peers.”

Primary schools in Flensburg and parts of Schleswig-Flensburg remain closed

From next week there will also be a restart in the primary schools of the city of Lübeck and the districts of Pinneberg, Duchy of Lauenburg and large parts of the Schleswig-Flensburg district – albeit with alternating lessons. In the city of Flensburg and adjacent areas of the Schleswig-Flensburg district, the primary schools and daycare centers will remain closed for another week. A list of which schools are affected is currently being drawn up.

Children are allowed back to daycare centers

At the request of NDR Schleswig-Holstein, the Ministry of Social Affairs announced that the daycare centers in the regions in which the primary schools also open will switch to restricted regular operation from March 1st. This means that the group size restriction will be lifted and children with additional needs will be looked after again.  The  same applies to children of working legal guardians and single parents – regardless of whether they work in an occupational field with critical infrastructure or not.

In the show on Sunday about the opening of daycare centers and primary schools in Schleswig-Holstein. more

The  state government wants to create safety with rapid antigen tests for the 60,000 teachers, educators and other employees in schools and daycare centers. Since the start of the week and until the Easter holidays, they can voluntarily have themselves tested for a possible virus infection twice a week – regardless of the occasion and free of charge.

The  state is providing up to 17.2 million euros for this.

The re are three ways to have the test done. A prerequisite is always a certificate from the employer. Variation one is a test in one of the nine Vaccination centers of the German Red Cross. In Trittau (Stormarn district), for example, a special time slot has been set up for daycare and school staff, every Monday and Thursday from 8 a.m. to 10 a.m.

Also lead around 600 general practitioners in private practice carried out the tests, a spokesman for the Association of Statutory Health Insurance Physicians announced.

The  third point of contact are pharmacies whose staff has already been trained accordingly. According to Chamber of Pharmacists there are more than 200 pharmacies in the country. According to the chamber, teachers and educators have to make an appointment for the test in a pharmacy. A spokesman also did not rule out the possibility of delivery bottlenecks in the tests in the first few days.

The  logistics still have to “jerk around”.

From February 22nd, children in many municipalities can go back to daycare and primary school children can attend classroom lessons – with a medical mask. more

Setting up the Echo Dot: This is how you put the...