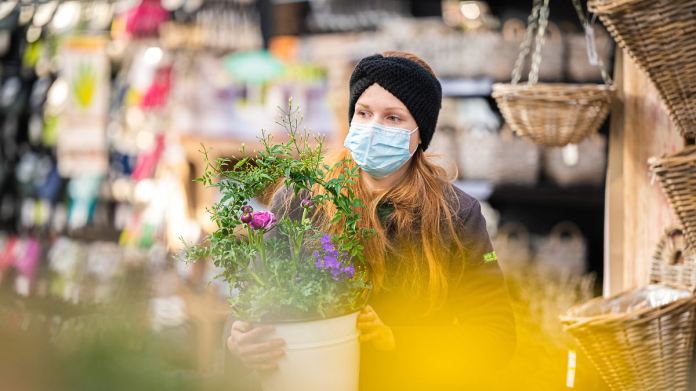 Schools all over Germany are open today. All over Germany? Not at all. In Saxony they have long been up, in Bremen they have never been closed. And since Valentine’s Day, Lower Saxony has been opening flower shops. An overview of the federal patchwork quilt.

The  presence requirement remains suspended. As agreed at the last federal-state conference, the hairdressers in Baden-Württemberg are to reopen on March 1st. And as in neighboring Bavaria, the nurseries are to open in Baden-Württemberg: Prime Minister Winfried Kretschmann has commissioned a corresponding template for the cabinet meeting this Tuesday, said government spokesman Rudi Hoogvliet. “We tend to open on March 1st.” As for further easing of the lockdown in the southwest, Hoogvliet was cautious.

In Bavaria, too, the graduating classes have had face-to-face classes again since Monday, also in an alternating model, daycare centers and elementary schools as well. Prime Minister Markus Söder announced on Monday that nurseries, garden markets and flower shops would be allowed to reopen on March 1st. In addition to the hairdressers, according to Söder, other body-friendly services such as foot care should be possible again from March 1st.

In Berlin, there are alternating lessons in grades 1 to 3. A mask is required in lessons.

The  daycare centers are still in emergency operation, there is also emergency care in grades 1 to 6.

The  school administrators decide whether the final classes are taught in schools or at home. Berlin’s governing mayor Michael Müller has promised to present a step-by-step plan for further opening steps by the next federal-state meeting on March 3rd. No further openings have yet been announced in Berlin itself.

In Brandenburg, all classes in the elementary schools, which here as in Berlin range from 1st to 6th grade, are taught in an alternating model. Normal face-to-face classes have been in place for the final classes since the beginning of January. As in Berlin, no further openings are currently planned in Brandenburg.

Compulsory attendance has been lifted in Bremen, but the schools were open all the time, even if only on a rotating basis since the beginning of February.

The  primary schools in Bremen are to return to full classroom attendance from March 1st, in Bremerhaven this will happen on March 15th. Flower shops and garden centers have been able to reopen since Saturday.

The  state has thus adapted to its larger neighbors: In Lower Saxony, the flower shops and nurseries were reopened for Valentine’s Day.

The  Hanseatic city on the Elbe has not joined the school opening hours on Monday, in Hamburg it will remain with distance teaching until the start of the March holidays, which last from March 1st to March 12th. An opening of the flower shops and garden centers has not yet been decided, but probably: In view of the regulations in Lower Saxony and Schleswig-Holstein, a distortion of competition must be prevented, said Senator for Economic Affairs Michael Westhagemann the NDR. Otherwise, Hamburg is only planning to open the hairdressers on March 1st, as decided by the federal and state governments. Due to the uncertain situation with the spread of virus mutations and in view of the still high number of new infections, the Senate has so far rejected further relaxation.

In Hesse, this Monday in grades 1 to 6, the changing lessons with mask compulsory started. From grade 7, distance lessons apply, with the exception of the final grades.

The  general corona lockdown with the closure of retail stores, restaurants and cultural institutions will initially continue to apply until March 7th, as elsewhere. State Chancellery boss Axel Winterneyer refers to the next federal-state meeting for further relaxation. “I am quite sure that we will talk specifically about opening steps and plans at the next country conference, even if we often cannot agree on fixed dates,” he told the Evangelical Press Service. However, he also warned against openings that go too far: “Our main task is to prevent a great third wave that would destroy the successes we have achieved so far.”

The  country in the northeast has extended the winter holidays by two days and is starting school in stages on Wednesday: In counties with an incidence of less than 50, grades 1 to 6 are initially returning to regular classes. In regions between 50 and 150 cases per 100,000 inhabitants in seven days, compulsory attendance is still lifted – the classes remain open, but parents can keep their children at home. If the incidence is over 150, there is only emergency care. Face-to-face lessons are only offered for final classes.

The  ban on day trips to Mecklenburg-Western Pomerania remains in place; In view of the sunny weather, compliance with this rule was intensified at the weekend.

Lower Saxony’s elementary schools and the graduating classes have been taking alternate classes since January. Compulsory attendance is suspended; emergency care takes place in the daycare centers. For the time after the next federal-state summit, Lower Saxony is planning “to bring significantly more students into schools”, as Minister of Education Grant Hendrik Tonne said in mid-February. In March there will be alternating lessons in all schools. Since February 13, there have been some minor easing of the Corona requirements in Lower Saxony, such as the opening of flower shops and garden centers. Car and bicycle dealers who have been open for a long time in other federal states were also allowed to open – but only for test drives.

The  final years can also be taught in full class or course strength.

The  mask requirement in schools has been tightened.

The  daycare centers work in a “restricted regular operation”. Activities on outdoor sports facilities are again permitted if a maximum of two people train together, for example playing tennis. DIY stores and garden centers are again allowed to sell vegetables and seeds as well as the necessary accessories.

The  rest of the assortment in the stores may not be offered to customers.

The  elementary schools in Rhineland-Palatinate have also started alternating lessons, and face-to-face lessons are still offered for the final years. In the districts of Germersheim and Cochem-Zell, compulsory attendance was lifted at the start of alternate classes. Because of the increased corona incidence, parents can decide whether to send their children to school. Actually, the start of alternating classes at the primary schools was planned for February 1st, but was then stopped at short notice in view of the new infections with mutated coronaviruses. In an interview with the “Frankfurter Allgemeine Sonntagszeitung” at the weekend, Prime Minister Malu Dreyer demanded that a plan for openings be presented at the next federal-state meeting.

The  Saarland also opened its primary schools for alternate classes on Monday. Graduating classes have already been taught in schools. At the beginning of March, Prime Minister Tobias Hans warned against ending the lockdown.

Despite the comparatively high incidence values, Saxony reopened primary schools and daycare centers a week ago.

The  presence requirement is still suspended. Graduating classes have been taught in schools since February 8th. Otherwise, Prime Minister Michael Kretschmer has warned against easing. On Wednesday he repeated his statement at “Maischberger” that holiday trips should be avoided at Easter. “

The  virus has not changed. On the contrary: We are seeing this mutation, which is much more contagious. We have to be careful not to jeopardize what we have achieved bitterly and dearly, even psychologically difficult,” he said .

The  opening of schools and daycare centers was decided because of the importance of the mental health of children, adolescents and families. “And if you set this priority like that, other things won’t work.”

The  schools in Saxony-Anhalt will be closed until February 28th, only the final classes will be taught on site. From March 1st a restricted regular operation is to start for the elementary schools; but only if the 7-day incidence remains below 200. In the secondary schools there should be alternating lessons from March 1st. Normal regular operation should exist when the incidence in a district falls below 50. If the number of infections falls, the state wants to go to the next federal-state summit with an independent plan for an opening strategy. “

The re are certainly measures in which we can imagine opening steps independently if this is epidemiologically justifiable and does not lead to unwanted additional inflows from more severely affected regions,” said Prime Minister Reiner Haseloff in the state parliament last Thursday.

Grades 1 to 4 have been taught in schools in Schleswig-Holstein since today. Emergency care is offered for grades 5 and 6, and face-to-face offers are continued for the final grades. Exceptions apply in districts with a higher infection rate or spread of a virus variant. This currently affects the city of Flensburg, the district of Schleswig-Flensburg, the city of Lübeck, the district of Pinneberg and the district of the Duchy of Lauenburg. On March 1st, zoos, wildlife parks, flower shops and horticultural centers are to open in Schleswig-Holstein. In addition, certain individual sports will then also be possible indoors, and hairdressing salons and nail salons will also be allowed to open.

In Thuringia, the infection rate is still stronger than in all other federal states. Nevertheless, classes 1 to 4 also opened there on Monday in alternation – the Schmalkalden-Meiningen, Unstrut-Hainich and Kyffhäuserkreis are excepted due to particularly high incidence values ​​according to the MDR. However, the state government has left the decision as to whether schools will remain closed to the districts. From March 1st, grades 5 and 6 should also start alternating classes. Driving schools are allowed to reopen, in addition to hairdressers, tree nurseries, garden centers, gardeners and florists can open from March 1st.

At the Olympics: Italy, like Russia, threatens to lose its anthem...

Drosten on coronavirus mutation: No “major problem” for the country

Pension: Naddel fell out of the sand when she got her... 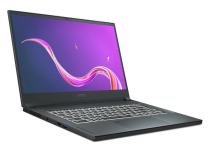 The vitamin and the virus: does vitamin D help against the...