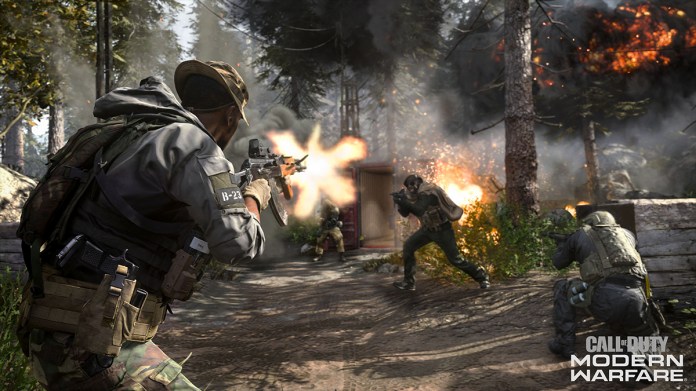 Dataminers report on three weapons and four maps that are to appear for Call of Duty: Modern Warfare and Warzone in the form of a seventh season.

The  end of Modern Warfare. However, Infinity Ward developers have already confirmed that a new big content drop is in planning – now this update is noticeably taking shape. Dataminers are already providing the first images of new operators and weapons that can be used in both Modern Warfare and Warzone. In addition, should four new multiplayer maps waiting for the community, in the leaks this project is called “Season 7” designated.

Soap MacTavish was already represented in a cut scene by Warzone, now it is to appear in the “Soap Operator Bundle” for the in-game shop. In addition, the leaks speak of one “Sparks Operator Bundle” and correspondingly a second new character.

The  maps should include “Townhouse” and “Drainage” two small maps for Gunfight mode appear, “Al Raab Airbase” would be a newbie to the CoD franchise and with “Killhouse” there is probably a well-known and popular map in the queue.

The  weapons are one Pistols (Sykov), one Submachine gun (CX-9 SMG) and a LMG (RAAL MG). When the seventh season will appear has not yet been confirmed. Leaker speak of March 11which also terminates the “Zombie Outbreak Challenge Event” in Warzone.

Corona lockdown comparison: the measures in Europe are so loose –...

Israel’s parliament votes to dissolve it

Feller also strong in fourth slalom of the season – Vorarlberger...