When you think of cryptocurrencies, the first thing that comes to mind is Bitcoin. But in the shadow of the big brother, two other digital currencies have also fought their way up: Ether and Dogecoin.

What do Tesla boss Elon Musk, US rapper Snoop Doog and bassist for the rock band Kiss, Gene Simmons, have in common? Apart from the fact that they are all world-famous, they are currently into a very specific crypto currency: the Dogecoin.  The y recently announced this publicly on Twitter – and with their millions of followers they created a new trend in the crypto world.

The  Japanese dog breed Shiba Inu is not only known to animal lovers by now. Because it adorns the logo of one of the most popular cryptocurrencies. For a long time, the picture was only distributed as a meme on the Internet. Investors around the world have now become aware of the coin with the dog symbol.

The  Dogecoin temporarily rose to a new record high of 8.6 cents on Monday.

That is really not a lot. But: Once only intended as a parody of the most important and best-known cyber currency Bitcoin, Dogecoin has recently become one of the ten largest digital currencies – with a market capitalization of over ten billion dollars.

Compared to Bitcoin, where the value of all “thalers” in circulation is currently around $ 800 billion, according to Coinmarketcap.com, that is only a fraction. However, the Dogecoin has many prominent supporters, which accelerated the rise like a meteor.

Just two weeks ago, a Dogecoin cost less than a cent. Suddenly the price soared. Similar to the Gamestop case, private investors are said to have agreed to buy via forums such as Reddit.

Last Thursday, billionaire and Tesla boss Elon Musk finally posted a picture of a moon rocket with the only word “Doge” underneath. Shortly afterwards he added the words “Dogecoin is the people’s crypto currency”.

The  value of the cryptocurrency went through the roof, increasing by around 50 percent in one day.

Musk is well respected among his followers; both as a social media player and as a businessman, said Neil Wilson, chief analyst at online broker Markets.com. “People are literally investing in him and his ideas.” Ultimately, what it is about does not matter.

Celebrities are accelerating the trend

Since the Musk tweet, the Dogecoin has climbed a whopping 115 percent. At the weekend, the Tesla boss again made a lot of advertising for the currency with his approximately 46 million followers. “Over the weekend, Musk had, among other things, posted an instructional video about the currency in question,” said analyst Timo Emden from Emden Research. “Speculators seem to have continued to enjoy the currency and are blindly following Elon Musk.”

Other celebrities joined the entrepreneur. Rapper Snoop Dog, for example, published a picture of a dog with a hat and leather jacket and the words “Snoop Doge”. Dogecoin was also at the top of the Twitter trends on Monday.

“Going to the casino”

The  fun coin was originally of no value. Jackson Palmer, an employee of the software company Adobe, wanted to make fun of the hype about crypto currencies in 2013 and then created the crypto coin. On it: the internet meme “Doge”.

In contrast to Bitcoin, of which only 21 million are available in total, the number of Dogecoins is unlimited. As with other cyber currencies, the digital coins can be generated by “mining”.

The  “miners” provide computing capacity for the encryption of transactions and search for new blocks through a kind of computing task.

The y are then rewarded with the respective cryptocurrency. Since the encryption of Dogecoin is simpler, transactions can be processed faster than with Bitcoin.

The  current rally in the Internet currency, started as a joke, will turn out to be a flash in the pan, warned analyst Emden. “For investors, the market environment at Dogecoin is similar to going to the casino.” Because even a small number of investors could trigger strong price movements up or down on the crypto market at such a coin price.

Bitcoin and Ether on the hunt for records

Not only the Dogecoin is currently on the rise. After a short dry spell as a result of a discussion about stricter regulation of the crypto market, Bitcoin also got a significant price surge on Monday and once again rose to a record high.

The  trigger was a stock market announcement that Musk’s company Tesla has invested in the digital currency and wants to allow it as a means of payment in the future.

And the second largest currency, ether, also set a new record on Friday. Since the beginning of the year, the price on Bitstamp has shot up by more than 130 percent.

Ethereum is actually not just a currency, but a platform that can also be used to map business processes. In digital contracts, so-called smart contracts, for example, transfers can be linked to the fulfillment of certain conditions or seals of approval.

According to asset manager Grayscale, business with a volume of twelve billion dollars is currently being carried out via smart contracts and Ethereum.

The  digital means of payment on this platform is called Ether.

In addition, experts have long cited the increased interest of institutional investors as a driver of crypto currencies.

The  fact that appointment contacts on Ether on the US stock exchange CME started this Monday could also be a sign of this.

Futures are forward transactions in which the parties involved conclude a contract for the future purchase or sale of an underlying asset such as shares – or ethers.

The  price is set in advance. Large investors in particular, such as fund companies, use these instruments to hedge against market fluctuations.

The  introduction of these futures is a milestone for “Altcoins”, said analyst Emden. Experts use this term to summarize all cryptocurrencies that came onto the market after the pioneer Bitcoin. So far there has only been a future in the oldest cyber motto. Simon Peters, an analyst at the investment platform eToro, also sees the listing of the ether futures as a huge plus for the industry: “Without a doubt, this is another important step on the way to broader acceptance.”

The  experts at 21Shares describe the growing popularity of Ether and Co. as a sign against the trade restrictions imposed by big tech platforms such as the broker Robinhood, for example at Gamestop. Ethereum’s long-term promise is to enable applications that prevent the influence of monopolies in the digital economy, emphasize Ige and Ndinga.

Cameron Winklevoss, one of the founders of the Gemini crypto exchange, has a similar opinion on Dogecoin. “Doge is a form of protest. People are tired of the modern monopoly of money.

The y are tired of being told what money is and what they can do with it,” he wrote on Twitter at the end of January.

The  crypto market is little regulated, which makes trading restrictions hardly possible in contrast to the stock market.

Merkel for tougher lockdown in Germany

Director confirmed for the TV adaptation

Russian duel in Melbourne – Rublev can only challenge Medvedev for...

Your characters gain experience even if you ignore them 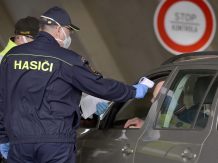