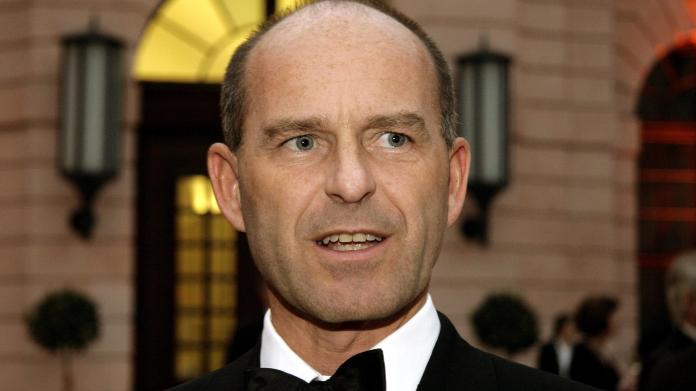 Almost three years ago, Tengelmann boss Karl-Erivan Haub disappeared without a trace on a ski trip in Zermatt, Switzerland. Everything pointed to a tragic mountain accident. But now almost no one in the family believes in an accident. Reporters from RTL and ntv researched the case – and got an insight into strictly confidential Tengelmann documents.

The  papers point to a decades-long connection between the former company director and the Russian secret service.

The  mysterious case will be part of a large TVNOW documentary this spring.

To find out what really happened in April 2018, Christian Haub, Karl-Erivan’s brother, has already spent more than 1.5 million euros on investigations. RTL / ntv has the extensive material with sources from secret service circles:

April 07, 2018 promises to be a beautiful day in Zermatt in the early hours of the morning: cloudless blue sky over the Matterhorn.

The re is a few centimeters of fresh snow from the days before. Optimal conditions for a day on the mountain.

The  previous evening Karl-Erivan Haub, known as “Charlie”, flew from Cologne to Sion in a private jet from the company Jet Aviation, arriving in Zermatt around 5 pm.

The  local authorities, together with a private team from Tengelmann, meticulously reconstructed the last hours before his disappearance.

The  investigators saw all the cameras in Zermatt and spoke to everyone who was in contact with Charlie.

Although the billionaire wants to go on a ski tour early the next day, he made several phone calls that evening. Including one at 8:52 p.m. for 60 minutes to a Russian number and another at 9:54 p.m. to another Russian number. This time for 48 minutes.

The  next morning he leaves the hotel “

The  Omnia”, a fine boutique hotel with a view over Zermatt, at 7:30 am and takes the first gondola up the mountain. Normally only the employees of the mountain inns are allowed to ride on this early trip. It is not yet open for regular operation.

The  last registered dial-in from Haub’s telephone to the Swiss cell phone network takes place at 8:33 a.m. Was it switched off afterwards or did it break? Not clear.

The  iPhone 6S with 128 GB is almost fully charged (the documents show a battery level of 84 percent at 5:53 a.m.). At 9:09 am there is the last “point of contact”: a camera at the ski lift of the “Klein Matterhorn” mountain station records Charlie one last time. Since then, there has been no trace of one of the richest people in Germany, Karl-Erivan Haub, who is networked in the highest political circles in Germany and the USA.

Investigators in the Haub case: “95 percent of it was not an accident”

What begins now is an unprecedented search operation that has probably never been done in this form. In the course of the following years it will unearth almost incomprehensible evidence. Christian Haub, who rose to the new head of the group shortly after Karl-Erivan’s disappearance, continues to employ private investigative teams to continue the search for his brother. So far, around 1.5 million euros have been spent on this, open-ended. “It was 95 percent not an accident,” one of the internal investigators told RTL / ntv exclusively.

The  first indication that Charlie may not have had an accident comes immediately after the search has started: a “noticeably inconspicuous” couple also rents into the hotel “

The  Omnia”, where the search measures are coordinated in a room on the ground floor. A later check of the passports reveals that they are people who, according to intelligence circles, come from the environment of the Russian intelligence service. A team from RTL / ntv was able to partially verify this information with its own sources.

Furthermore, a check of the last telephone contacts reveals a close contact with a Russian woman named Veronika E., according to the internal documents, both of the last cell phone numbers called can be assigned to her.

The  RTL / ntv team was able to verify both the phone numbers and the affiliation with Veronika E.

The  Russian is co-owner of an event agency from St. Petersburg, which apparently does not primarily organize events.

The  internal Tengelmann papers show that it is much more about an agency run by the Russian domestic secret service FSB to get in touch with foreigners.

According to sources from secret service circles, Veronika E. is an active agent and is said to have a helicopter license. Tengelmann’s internal investigators are convinced of this representation. Whether Karl-Erivan Haub has or has had a private or professional relationship with the 41-year-old cannot be found in the documents, which are classified as strictly confidential, and it is also a mystery to the investigators. It is certain that Charlie and Veronika E. have known each other since at least 2002 and that the young woman also traveled to the USA at the invitation of the family.

Hammer: Unlimited tariff for only 14.99 euros & can be canceled monthly – only until tomorrow

So far only a few positive testers

Mike Heiter: My new one is five times better than Elena...

Bavaria: killing of a young person 27 years ago – suspect...

Bremen’s Hotel Star-Inn at the main train station will no longer...

Stadium expansion at Union is delayed because of the train –...