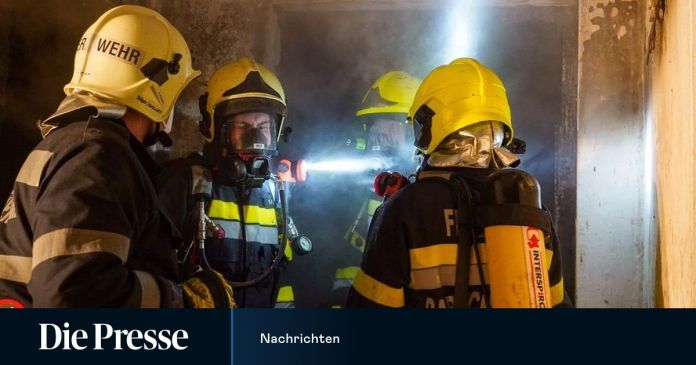 117 members of five fire departments were involved in the fire in Lower Austria, three children and two adults were injured. A fire in Styria claimed one person.

In a fire in a residential building in the center of Purgstall ad Erlauf (Scheibbs district), three children and two adults were injured on Sunday morning.  The  five people were transported to surrounding hospitals with suspected smoke gas poisoning. According to Franz Resperger from the regional command, 117 members of five fire brigades were in action for several hours.

The  flames broke out in the two-story apartment building with an extended attic at around 7 a.m. Numerous emergency calls were quickly received by the fire department.

While eight people left the building independently, an adult and a child were brought out of the building by helpers. In the case of the man, another resident of the apartment building intervened courageously. According to Resperger, the fire brigade member saw the seriously injured “lying in the stairwell and rescued him outside”.

According to Red Cross spokeswoman Sonja Kellner, the three children affected are five to ten years old. As with the two hospitalized adults, they were suspected of smoke poisoning. Lighter burns were also registered.

The  injured were transported to the Scheibbs and Amstetten state clinics.

During the extinguishing work, the helpers proceeded under breathing protection and with the help of turntable ladders. After about an hour and a half, the fire was under control, stressed Resperger.

The re were also five ambulances and two ambulance vehicles on site.

Another fire in Styria

A 34-year-old was killed in a fire on Sunday morning in the district of southeast Styria. He was on the first floor of a single-family house that caught fire for an unknown reason. His mother was able to save herself, she suffered smoke poisoning and was admitted to the LKH Feldbach, the police said.

Around 2:30 a.m., neighbors heard the 52-year-old resident of the house in Trautmannsdorf calling for help and notified the emergency services.

The  woman was able to escape into the street, her son was on the upper floor.

Parts of the house were already in full fire when the first fire fighters arrived, who arrived shortly after the alarm was raised. “A respiratory protection team immediately broke into the building to rescue people,” said operations manager Daniel Paul.

The  missing person could then be removed from the fire object by the fire forces, but any help came too late for them.

The  public prosecutor ordered an autopsy.

So the gastronomy wants to open in mid-March

Vote on the future of Red Bull: decision on Monday?

Zverev – Djokovic in the live ticker: Will the defending champion... 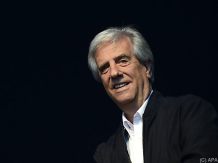