For many, their next vacation is still a dream at best, and some customers of the world’s largest travel company Tui are already having a rude awakening.  The n the company has apparently since Friday evening debited a number of customers unauthorized money from the credit card or debited it as authorization – without a current booking.
Since Friday evening, the world’s largest travel company Tui has apparently debited a number of customers unjustifiably from credit cards, sometimes several thousand euros, or debited them as authorization, although none of those affected current booking. Among other things, funds were collected for canceled trips from the previous year.

The  same amount is said to have been debited four times from one customer.

Since then, comments from angry customers who are missing several thousand euros and apparently cannot get through the hotline have been increasing on Facebook.

The re it says, among other things: “TUI debits more than 2000 euros from my credit card without authorization, although the remaining amount is only due in 5 months. On the hotline for 45 minutes (!) And no way of getting through. Confidence destroyed,” he said angry comment from a Facebook user. Another writes: “This morning TUI debits an unauthorized € 3707 from the credit card and no one can be reached on the hotline, you are always thrown off the line and referred us to our travel agency !!!

Unexpected charges on the credit card

According to Tui, it works “with high priority” to find the cause of the incorrect debits and to initiate refunds.

Various travel agencies also report to RTL that customers contact them because they are excited and insecure about the debits.

The  Association of Independent Independent Travel Agencies – Bundesverband eV (VUSR) addresses Marek Andryszak, CEO of TUI Deutschland GmbH, on its Facebook page with drastic words: “Such mistakes must not happen (again) in your current situation. (.. .) And now you deduct funds from your customers’ credit cards? And justify that with ‘by mistake’? Nobody believes you! (…) How are you going to explain that to the customers concerned? ”

The  credit card provider “Barclay Card” confirms on its website: “At the moment, some customers are having unexpected charges on their credit cards from TUI. We are working flat out with TUI on a solution. Please refrain from further inquiries. We will keep you updated on our website. “

When asked by RTL, Tui was initially unable to say what amounts and how many people affected.

The  problem was confirmed, however, and it was declared that it was being resolved. It should have been an IT error. On the TUI website, the company now declares:

The  causes of the incorrect transactions have now been determined and rectified. Customer data was never endangered, an external influence can be excluded. (…) TUI will now immediately cancel these incorrect inquiries. Further activities on the part of customers, such as blocking the card or notifying the credit card company, are not required. ” If you have any further questions, customers should contact TUI via the homepage.

The  travel restrictions due to the corona pandemic and the lockdowns in many countries also pushed Tui deep into the red at the end of 2020. In the first quarter of the financial year to the end of December, the bottom line was a loss of just under 803 million euros, as the company announced. Shopping shortly before the lockdown: clothing store in Pratteln devastated Germany restricts the range of motion to 15 kilometers 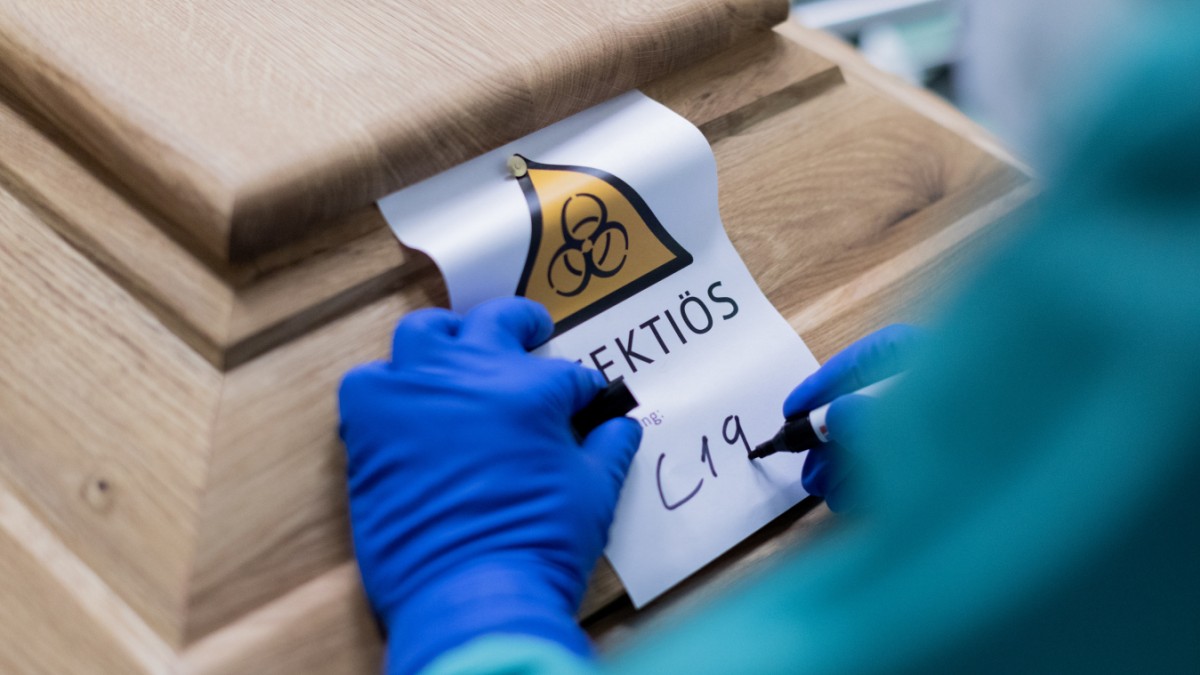 Covid-19 costs an average of ten years of life – health

Lockdown throughout Germany from December 16

For “the Waltz” lateral thinkers are complete idiots – THE AXIS...