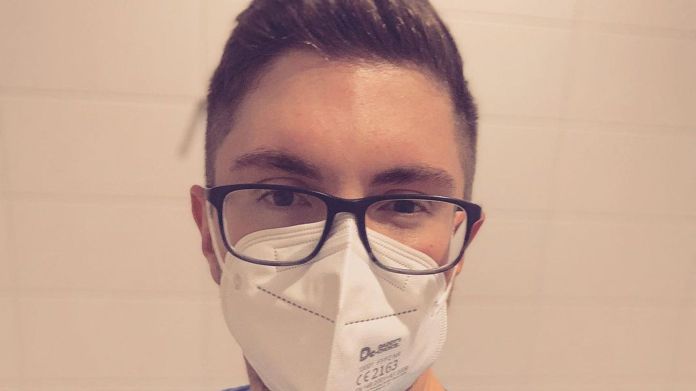 In the past few months, Joey Heindle (27) has repeatedly drawn attention to himself with his social streak. In July, he reported on social media about completing several weeks of lifeguard training. Basic training with the fire brigade followed in August. But that was not all: just three months later, the former DSDS candidate began training as a paramedic. And as his latest post proves, makes Joey a damn good figure in a blue coat.

“I’ll be in the emergency room that week,” wrote the 27-year-old under the Instagram published selfie. In addition to wearing the short-sleeved smock Joey a face mask and black framed glasses with square lenses. “It’s really fun to assist the great colleagues and help people”the singer added. He was happy to have made this decision. Most recently, he had already shared a photo showing him sitting in an ambulance.

The  fans of the former jungle camp winner are also very impressed by his ambitions. “I think it’s great that you want to build a second mainstay,” wrote one user. “Nice uniform,” commented someone else. “Admirable”, “You can only take off your hat” and “My respect” were other comments.

Over 45,500 Covid ads in three months of lockdown Texas, USA: Millions of people are without electricity and water –...

18-year-old races through Aarau with a rented Lamborghini – ticket