The  actress immediately posted the job offer on Instagram.

She is the first Latina supergirl

Last week, 22-year-old Sasha Calle was introduced as the new supergirl in the DC Universe. First, the American with Colombian roots will be seen in the upcoming superhero film “

The  Flash” at the side of Ezra Miller (28). This makes her the first supergirl of Latin American origin.

She was selected from over 400 women

To get the role, Sasha had to prevail against 425 potential candidates. Director Andrés Muschietti (47) told Deadline: “I’ve seen more than four hundred auditions.

The  talent pool was really great and it was very difficult to make a decision – but we finally found an actress who was predestined for the role. ” Both Andrés and Walter Hamada (52), President of DC Films, were enthusiastic about their “hardness and vulnerability”.

She actually wanted to be a musician

“I just wanted to sing and dance,” Sasha said in an interview with Soapoperadigest.com about her childhood. When a friend of hers, who was studying at the Musical and Dramatic Academy in Los Angeles, suggested that she do the same, Sasha followed her advice – and found her calling in acting.

Nevertheless, she still loves making music today. She has already shared videos on Instagram in which she plays guitar or keyboard and sings songs and covers that she has written herself.

She was nominated for an Emmy

The  Young and the Restless”, where she still plays one of the leading roles. Last year she was nominated for a Daytime Emmy Award in the Outstanding Younger Performer category for her performance on the series.

She lived in Colombia

At the age of 10, she emigrated with her mother from her home state of Massachusetts, USA, to Colombia.

The  change was not easy for her, especially because she did not have a perfect command of the Spanish language. Two years later, the two returned to the States – also not an easy time for Sasha.

“At the time, we were living in a basement in a friend’s house in Boston and struggling financially,” the actress told Soapoperadigest.com. Eventually they moved to Florida to live with their aunt.

She has a younger brother

Shortly after moving to Florida, the mother-daughter team has grown: Sasha’s little brother Jacob was born. She gave him the name. She writes on Instagram: “My little brother is my little hero! I am so grateful to be your sister. ” 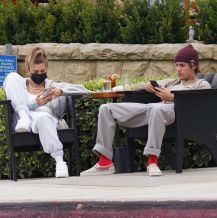 “Gone with the Wind”: radio play from the perspective of a slave

“We are very happy”: Nicolas Cage marries Love from Japan

“Gone with the Wind”: radio play from the perspective of a slave – Vorarlberger Nachrichten

The tension rises before the “Megxit” interview

The Berlinale not only suffers from Corona – BZ Berlin

Sophia Thomalla provokes a dispute on “Are You The One”

Coronavirus: Why the number of deaths is so high today