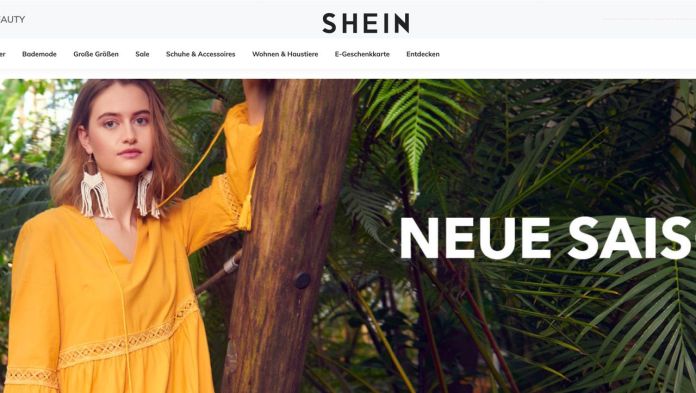 Anyone who clicks on the internet presence of the fashion retailer »Shein« should be reminded of the sites of other companies such as H&M, Zara or Mango. But unlike the well-known fashion greats, Shein does not come from Europe – but from China.
In 2008, the online fashion retailer, whose name is made up of the words “she” and “in”, was founded. And since then it has been expanding in Germany and other European countries, the USA, Australia and the Middle East. With success: while the company had sales of around 150 million dollars in 2015, it had already had sales of more than eight billion dollars in 2020.

According to the EHI Retail Institute, Shein earned around 170 million euros in Germany in 2019 – but in the Corona year 2020 the number should be many times higher. Because in the last year alone, the privately owned company Shein quadrupled its worldwide sales, as the news portal Nikkei Asia reports, citing Chinese news agencies.

The  fast fashion retailer is just one example of the triumphant advance of Chinese brands in the West. “Chinese manufacturers are conquering the western world in almost all consumer goods sectors,” says Martin Schulte, consumer goods expert at the management consultancy Oliver Wyman. So far it has mainly been electronics companies, including the smartphone manufacturer Xiaomi, now Chinese manufacturers are “also advancing into classic Western sectors such as the textile industry.”

Xiaomi and Shein show: Chinese companies are not only taking over western companies, but are also expanding and trading increasingly in Europe and the USA. While Chinese textile factories have so far mainly produced for European cheap brands such as Primark, C&A or H&M, Chinese brands are now increasingly the buyers who sell the goods themselves in Western markets. And Xiaomi, with its Mi phones in Germany only since August 2019, has already risen to become the third largest smartphone dealer.

At the same time, the Chinese are continuing their previous shopping tour of European companies: for example, the Chinese investor Fosun has not only owned the majority in the Austrian stocking brand Wolford since 2018, but also bought the badly troubled German fashion retailer Tom Tailor in 2020 – for a price of one euro. Shortly before, the company had received a government guarantee of 100 million euros. Another example is Esprit:

The  Chinese-born billionaire Karen Lo took over the majority in the Ratingen fashion company with her company North Point Talent and relocated the headquarters to Hong Kong.

In China, the pandemic is as good as over

It seems that the penetration of Chinese companies into the western market is being accelerated by the corona crisis. In fact, the pandemic in China has almost been overcome thanks to some rigid measures.

The  Chinese are almost completely back to work – and work at high speed, six days a week, while the European states shimmy from lockdown to lockdown. “Europeans are extremely busy with themselves, trying to stabilize their core business instead of thinking about expansion,” says Schulte. See the example of Philips: Its electronics division is for sale. In the past, European companies would have bid widely, according to industry reports, there are now mostly Chinese bidders in the running, including Haier.

Another factor has only indirectly to do with the pandemic: »In the corona crisis, our markets have become much more digital. This has two advantages for the Chinese: On the one hand, they don’t have to set up any branches to gain a foothold here. And they are much more familiar with modern e-commerce than we do, ”says Schulte.

Online marketplaces in 2030: almost half of e-commerce

The  vehicle for successful expansion: the online marketplaces.

The  sales platforms for independent retailers from Amazon, Zalando or Alibaba are the growth business par excellence: By 2030 they will grow to almost 50 percent of all e-commerce, predicts a study by Oliver Wyman on marketplace management. Today, according to the study, their share is 29 percent.

Amazon is already focusing on marketplace growth because it involves less risk than trading in its own goods. With success: while the share of sales in 2015 was 48 percent, the marketplace grew to 62 percent in 2020.

The  Chinese marketplaces are much more professional, faster and more precisely tailored to their customers. Western retailers such as Otto, Zalando, Media-Saturn and Douglas are also jumping into the marketplace business. But the Chinese now make up the lion’s share of the world’s largest marketplaces – including Ali Express, the foreign branch of Alibaba, lesser-known names such as Pinduoduo, or TMALL.com – the latter are only available in Chinese.

And the Chinese retailers know much better how to use the marketplaces successfully: with the right prices and the right content, tailored directly to their respective customers. Shein is particularly well positioned here with its online shops on Amazon or AliExpress. Shein knows extremely well about the young target groups of the respective marketplaces and advertises perfectly.

The  offer is extremely cheap and reacts very quickly to trends. Shein uses fashion bloggers via social media channels such as Instagram and TikTok. And there is close interaction with customers, because marketplaces like Aliexpress are increasingly acting like influencer platforms themselves. Shein has more than two million followers on AliExpress alone – more than on Pinterest or TikTok.

Xiaomi’s success is also based on the close proximity to its users – via social media and its own “Mi Community” – in both directions: Xiaomi not only advertises its own brand, but also allows feedback to flow into product development, “writes one Xiaomi spokesman on SPIEGEL request.

Xiaomi has even entered into a kind of symbiosis with AliExpress: Only on this marketplace are the Xiaomi online shops worldwide. AliExpress has full control over local promotions, pricing strategies and discounts. Exclusive offers such as pre-launches also only take place here. In order to improve the flow of information, the companies even assign employees to one another. In addition, there are the »Mi« mobile phones as well as lots of other networked, intelligent devices from air purifiers to induction hotplates and e-scooters, also from other stationary and online retailers. With the help of this “intelligent connectivity”, Xiaomi wants to openly create a lot of synergies – the potential for even more valuable user data is immense. “We came to Germany to stay and invest” – Germany is a “perfect playground for Xiaomi,” writes a spokesman.

One disadvantage seems to remain for the Chinese: the speed of delivery. Because how can Shein satisfy the speed-spoiled online shoppers when the goods have to be carted in from China? Shein does not answer any of the SPIEGEL inquiries with reference to “commercial secrets”. But even so, it is clear that they are still actually much slower – on average seven to twelve days, sometimes longer – than Amazon, for example.

However, the marketplace connection to Alibaba, for example, also helps here:

The  Chinese e-commerce giant uses a fleet of 39 cargo planes that constantly commute between China, Hong Kong and Europe, says management consultant Schulte. In addition, the retailer is currently building its own logistics center in Liège, Belgium, which is set to grow to a size of 50 football fields – by then at the latest, retailers like Shein on Alibaba are just as fast as the European competition.

Of course, none of this is sustainable – neither the transport by plane nor the mass of cheaply produced clothing. You will also look in vain for green seals, organic cotton or any information on production at Shein. “

The y can’t keep up with the sustainability trend – that’s one big advantage Western retailers have over their Chinese competitors,” Schulte also confirms.

But whether sustainability is really a decisive purchase criterion for the broad mass of consumers remains at least questionable for the time being. This disadvantage will probably not stop the advance of the Chinese in almost all consumer goods industries.

The  only industries in which the Chinese are not yet big players in this country are food and luxury goods. At least so far.

Lastpass trims the wings of the free version

Until the end of January, vaccinations will only be mobile in... 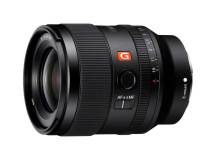