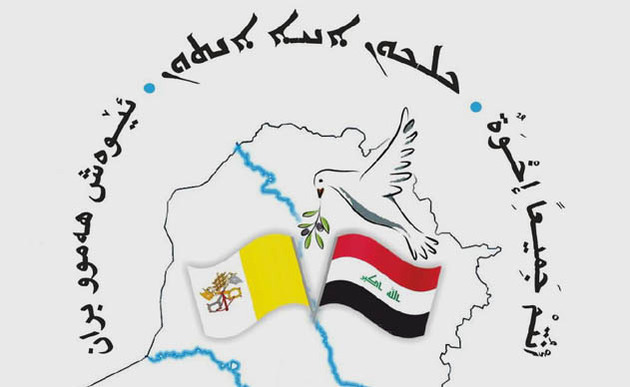 Baghdad, February 15, 2021 (KAP)  The  Iraqi Shiite leader Muktada al-Sadr has put opponents of the upcoming Pope’s visit in their place. Openness to other religions is desirable and Francis is welcome in Iraq, the influential clergyman said on Twitter over the weekend.

The  Pope plans to travel to Iraq in early March and meet with the Shiite Grand Ayatollah Ali al-Sistani, among others.

The  security situation in the country is tense.

The  90-year-old al-Sistani is seen as a moderating antithesis to the populist al-Sadr, head of the strongest electoral alliance in parliament with 54 of 329 seats and founder of the Mahdi army with tens of thousands of militiamen.

Al-Sadr wrote that Francis is welcome to the holy city of Najaf as a friend of peace. He went on to say that God bless the followers of His messengers Jesus and Moses as long as they do not stir up hostility.

The  46-year-old described himself as an advocate for the unity of religions.

The  Chaldean Patriarch Cardinal Louis Raphael I. Sako also turned against criticism of the Pope’s visit to Iraq, which was planned for March 5-8. Francis could not “visit all Christian cities and shrines”, nor was it “his duty to bring back Christians who had emigrated or to regain their usurped property,” said the head of the Church unified with Rome, according to a statement from the Patriarchate on Monday.

It is one of the tasks of the Iraqi government to create suitable conditions for the return of Christians.

The  Pope is not coming to solve all Iraq’s problems, but out of solidarity with the Iraqis.

The  Pope’s message is one of love, brotherhood, reconciliation, tolerance, peace and diversity.

Critics of the visit called on Sako to be more positive and to support anything that could make the visit a success. Sako himself described the planned visit as “historic and extraordinary in view of the circumstances in which the country and the region live”. He hoped for an echo to the reconciliation and unity of the country.

Italy stops the planned opening of the ski resorts

Why you are still dangerous to those around you

At Saturn, Amazon & Co .: which 5 products everyone wanted...

Coronavirus in Germany: number of vaccinations increased to around 317,000 –...

Crisis forecast 2021: the ten most dangerous conflicts in the world

SK Rapid starts at the derby action in honor of Zlatko...