The  fitness centers are unhappy that they won’t benefit from the expected easing in early March. Now they are planning to sue the federal government for damages.

The  Federal Council decided on Wednesday to relax the corona measures at the beginning of March. Shops, museums and libraries are allowed to reopen. Outdoor sports facilities – tennis courts or soccer fields, for example – are also reopening.

The  extension of the lockdown is the death knell for many », says Claude Ammann, President of the Swiss Fitness and Health Center Association SFGV. He is disappointed by the federal government and the cantons: “We feel abandoned by the politicians and the cantons who let us run into the abyss.”

That’s why the fitness center association is now applying pressure. As SRF reports, he wants to sue the federal government for compensation. Urs Saxer, attorney and professor of constitutional and administrative law, confirms that such a lawsuit is in preparation: “This is the only way in which any claims for damages can be asserted.” In January, the fitness association announced such a lawsuit.

The y generate three quarters of their sales between autumn and spring.

The  Zurich constitutional law professor Felix Uhlmann gives the lawsuit little chance of success. You would have to prove that there was illegal behavior on the part of the authorities. “I would suspect that the courts give the Federal Council some leeway, and that there is already no major breach of office,” said Uhlmann. When the music is playing – Winter Special 2021 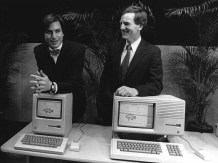 Steve Jobs as a literature student: cover letter will be auctioned...