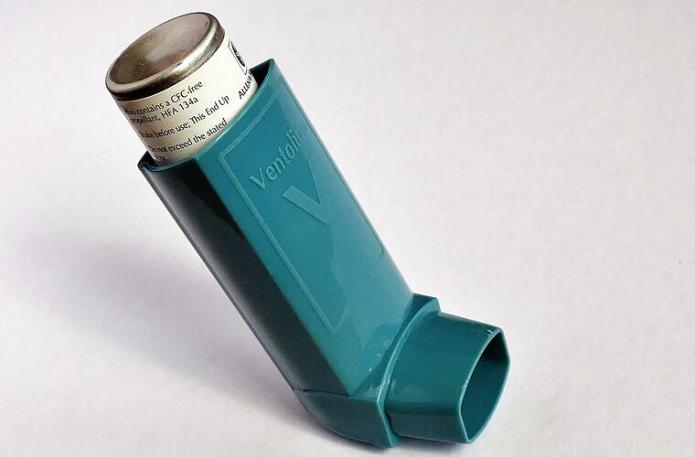 In the fight against the coronavirus, in addition to preventing its spread, combating the course of severe infections is also a high priority. It is particularly important to protect risk groups and people with previous illnesses. Certain groups, such as asthmatics, have long been suspected of being exposed to a particularly high risk of developing a serious disease course.

But as has already been established in Wuhan, patients with chronic respiratory diseases are noticeably underrepresented in the case of severe disease courses.  The  study from Oxford wants to get to the bottom of the phenomenon and suspects a connection with the benefits of asthma spray.

The  ingredient budesonide, which is contained in many asthma sprays, is suspected by the Oxford researchers to be the cause of the mild course. To test their hypothesis, they examined 146 adults with mild corona symptoms and divided the participants into two groups.

While the first group was treated with the budesonide preparation twice a day for 28 days, the control group received the usual corona treatment.

The  result: While ten people in the control group experienced severe disease, only one case occurred in the experimental group.

Health expert Karl Lauterbach rates the result on Twitter as “plausible, among other things because cortisol inhibits virus replication in the mucous membrane and changes the immune response”. He describes the study as “very promising”.

Here you will find a selection of asthma sprays

However, neither the researchers nor Karl Lauterbach advise jumping to conclusions.

The  study did not yet have enough subjects to be able to verify precise statements.

* Note: In the editorial team we are always on the lookout for great offers and useful products for our readers – for things that inspire us and bargains that are too good to be ignored.

The  links provided in this article and marked with a shopping cart symbol or an asterisk are so-called affiliate links / advertising links. If you click on one of these links and buy from it, we receive a commission from the dealer. This does not change the price for you. Our editorial reporting is fundamentally independent of the existence or the amount of a commission.

Gladbach in the Champions League before the Herculean task ManCity

A visit to the Berlin “self-made” shop: How Corona has rekindled...

Serie A, matchday 16: Juventus with the last title chance to...

Schools, retail, ski areas: what will be blocked after the lockdown...