The  German borders have been partially closed since Sunday. Yesterday that led to miles of traffic jams, clear criticism and thousands of refused entries. Today the situation seems more relaxed at first.

Prague (dpa) – Because of the controls and entry bans, there are still some traffic disruptions at the Czech-German border. Compared to the previous day, the situation relaxed significantly.

Before the Rozvadov-Waidhaus crossing on the E50 Prague-Nuremberg motorway, a truck backlog of more than seven kilometers long formed in one lane on the Czech side, according to information from the motorway administration and traffic radio.

The  police in the neighboring country urged truck drivers and commuters not to be tested for the corona virus at the border. You should also bring enough drinks and food with you and fill up beforehand.

The re were no problems before the Schirnding border crossing.

The  situation was also relaxed on the E55 Prague-Dresden motorway, where there had been a backlog of more than 25 kilometers the day before. For this purpose, columns of trucks stood on State Road 7, which leads from Chomutov through the Ore Mountains to Saxony.

For fear of the British corona variant, the federal government declared the Czech Republic a virus variant area and temporarily introduced stationary border controls. Since Sunday, only Germans and foreigners with a residence and residence permit in Germany have been allowed to enter from the neighboring country.

The re are exceptions for health workers, commuters in systemically important professions and truck drivers. You have to register digitally and show a negative corona test at the border, which must not be older than 48 hours.

Ice hockey: Capitals with one leg in the semifinals

Pregnant influencer dies at the age of 36

Corona mutations – border closure to the Czech Republic and Tyrol... 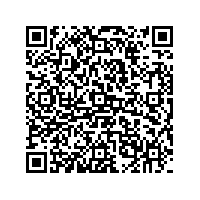 Consumers in Germany are disappointed with the “digital change”, VMware Global,...