For Michael Raffl and the Philadelphia Flyers, the outdoor game on the shores of Lake Tahoe is on Sunday’s program.  The  Flyers must, however, compete weakly.

No less than six regular players will miss this event: Captain Claude Giroux, Travis Konecny, Scott Laughton, Oskar Lindblom, Jakub Voracek and Justin Braun did not make the trip to the Sierra Nevada.

The  players have been on the NHL’s Covid-19 protocol list since at least February 9.

So the omens for the “Honda NHL Outdoors Sunday” are not looking too good.

The  opening faceoff was postponed due to the weather forecast and the possibly bad ice conditions on the planned start date.

As an excuse for a possible defeat against the Bruins, the Flyers do not want to accept this weakness in personnel. All those involved made this clear to all doubters even before the opening face-off of the encounter.

The  Flyers’ players and coaching staff are fully motivated and eager to prepare for the encounter in an unusual setting. Not only do they want to enjoy the beautiful scenery at Lake Tahoe, but at the end of the day they also want to get the two points from this game against a strong competitor for the division crown on their account.

“There’s no point waiting for another vaccine”

Goodbye Germany: US emigrants must fear for their lives 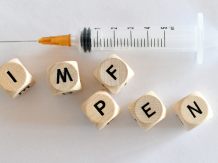 First details about the Corona vaccination plan known in Vienna –...

The latest on the corona crisis – Federal Council plans to...