Vaccines are abundant in Germany – but the Piks is still quite unpopular: In Thuringia, only a third of employees in clinics and nursing homes recently wanted to be vaccinated at all. And this week, half of the group skipped the appointment when medical staff were vaccinated in Saarland.

Because there was the Astrazeneca vaccine.  The re is also great skepticism about this vaccine in the general population. According to a Civey survey on behalf of the Tagesspiegel, only a third of those under 65 are currently determined to get vaccinated with Astrazeneca – and not wait until Biontech or Moderna is available for them.

And so it happens that 29,000 doses of the Astrazeneca corona vaccine are lying around unused in Berlin alone. More than 650,000 cans across Germany. A fundamentally higher willingness to vaccinate, however, is indicated among daycare staff and teachers.

This is shown by inquiries from the Tagesspiegel to the leading associations, trade union education and science (GEW), Arbeiterwohlfahrt (AWO), Caritas, Diakonie and the Association of Education and Upbringing (VBE).

On the basis of feedback from the base, they all assume that their members are “highly” willing to vaccinate, so Caritas is sometimes “very high”. According to VBE Federal Chairman Udo Beckmann, the willingness to vaccinate among its members could be at least as high as in the general population.

“It can also be assumed that the willingness is even higher because there is such a high level of exposure, especially with the loosening that is now taking place,” he says. And Björn Köhler, GEW board member for youth welfare and social work, says: “Employees keep asking the GEW for an earlier vaccination.”

The  AWO says: “We think that the majority longs for the day when, thanks to a vaccination, pedagogical work will be less stressful again.” This could open up the Federal Government’s approach of vaccinating the staff in daycare centers and schools earlier fall fertile soil. Chancellor Angela Merkel (CDU) and the heads of government of the federal states asked the Ministry of Health at their most recent consultation to consider prioritizing primary school teachers.

The y are exposed to an increased risk of infection when schools and daycare centers open again.

A certain skepticism towards Astrazeneca remains

According to the current vaccination ordinance, educators and teachers have so far been in the third group (“increased priority).

The  federal and state health ministers want to discuss on Monday whether they should advance in vaccination prioritization. Health Minister Jens Spahn announced a proposal from the federal government on Friday. This then has to be implemented “quickly”.

However, there is also a certain skepticism towards Astrazeneca among those employed in daycare centers and schools. “

The  GEW is unsure whether all employees will accept this vaccine due to the restrictions.

It should also be borne in mind that many daycare workers are over 50 years old, which can lead to uncertainty ”, says board member Köhler.

The  prospect of being vaccinated with the AstraZeneca vaccine is in view reporting on this vaccine is certainly not very conducive to vaccination readiness. ”

Astrazeneca has fallen into disrepute because, in contrast to the vaccine from Biontech / Pfizer, its effectiveness is not 95 percent, but 60 percent. Studies also raise doubts that the vaccine will help against the mutants of the virus. And: According to the current Corona Vaccination Ordinance, only people under 65 should initially be vaccinated with Astrazeneca.

Because of the lack of data, the Standing Vaccination Commission does not see sufficient evidence that Astrazeneca has the same effect on older people as it does on everyone.

The  European approval authority came to the opposite conclusion. Against this background, the majority of the umbrella organizations are calling for the federal government to provide better information.

At the moment there is still no sensible, feasible vaccination strategy or adequately coordinated educational measures, ”complains the AWO. “So far, the institutions and bodies have been left alone by politics. “When it comes to vaccinations, the GEW insists on better information about possible risks and side effects as well as the degree of protection against mutations. Above all, Caritas wants “transparent” and “understandable” information.

The  association has observed that when it comes to vaccinations, “targeted disinformation is being pursued”. Against this background, the VBE also sees the health ministry of Jens Spahn (CDU) responsible.

The  federal chairman Beckmann also advises his members to approach people with professional medical training if they have any questions. He smugly remarks: “Reading on the Internet is not always helpful enough.”

What is meant by a “Covid arm”? Corona question of the day

Testing has to be child’s play – Berliner Morgenpost

48,500 registered for vaccination in Schwaz, East Tyrol continues to be observed 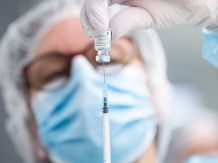 Apple: Car maker confirms electric car – Samsung has to do...

“Highlights at the turn of the year” at Amazon – UPDATE

Maurer trial continues, but without a witness “Willi” 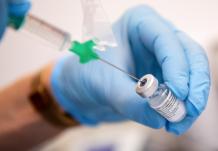